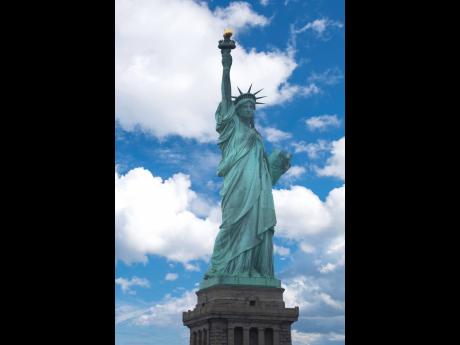 File
The Statue of Liberty, one of the most iconic sites in the United States. Jamaicans are worried that the work-and-travel programme remains in limbo.

Jitters are now starting to set in for those waiting on the United States J-1 visa, used to access the lucrative work-and-travel programme. The Trump-era ban on the J-1 visa expired on March 31, 2021, and the Biden administration has not extended...

Jitters are now starting to set in for those waiting on the United States J-1 visa, used to access the lucrative work-and-travel programme.

The Trump-era ban on the J-1 visa expired on March 31, 2021, and the Biden administration has not extended it.

Having racked up a loss last year when the programme was postponed because of COVID-19 containment measures, many have again sought to try their luck.

But already, some are having second thoughts as the summer is fast approaching and little information is being shared.

One of those seeking to enrol in the programme, Faith Williams Campbell, told The Gleaner that she and her peers are now on edge, especially since appointments at the United States Embassy in Kingston are being set for September, when schools reopen.

“We keep on waiting to see when the embassy will open dates for us. We are yet to receive anything at all from the embassy. I don’t hear them say how they are going to process our type of visa. We are all worried,” she told The Gleaner on Sunday.

J-1 seekers had to pay upwards of 250,000 to get on the programme, The Gleaner understands.

“We have not heard anything. What I know is that persons overseas – the sponsors – have been lobbying to see if something can happen for us,” the woman said.

HOW LONG A WAIT?

But Williams Campbell feels better communication with those on the waiting list would go a far way.

“The agencies keep on saying they waiting on the embassy, but how long? Because many of us would have to leave earliest May 1,” she said.

That is to enable enough time to reap a return from the programme.

“Persons who have embassy dates in May, they cancelled all of those, so everybody is worrying. Then the agencies are going to tell us that the embassy indicated to them that even though the dates were cancelled in May, the embassy does not stop processing visa applications,” Williams Campbell stated.

Vannessa Simpson, who has been on the programme multiple times, disclosed that it has been the avenue through which she has been able to finance her third year in university.

“If I lose this money again, I don’t know what I would do because I have been trying to complete my final year at university, and this is the only way I will be able to complete it.

“Last year I was messed up really badly knowing that money just went down the drain, so I am really hoping that this year, things will work out for us,” a nervous Simpson told The Gleaner on Sunday, also lamenting the lack of details being shared by the agencies.

“We will do anything just to get the opportunity to leave this year, even if we have to take a COVID test,” Campbell Williams said.