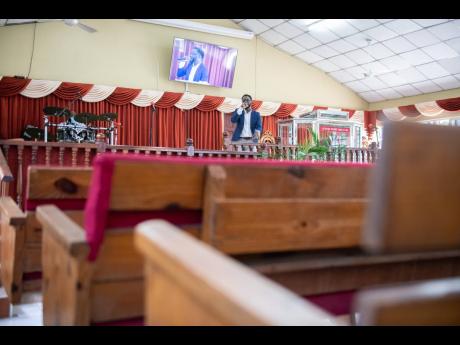 Some of the protocols under the Disaster Risk Management Act have been relaxed until May 4.

Among the changes announced by Prime Minister Andrew Holness on Tuesday is that the maximum number of people attending church has been increased from 12 to 30, effective April 14.

The prime minister, however, said that given the new weekend curfew hours, services should be held outside of curfew hours, with no special grant being made by the police to individuals travelling during curfew hours.

Holness said he had considering boosting the numbers to 50 but was cautioned against that move by health officials.

Among the protocols extended are the funeral ban and the restriction of face-to-face classes.

There is to be no face-to-face instruction in all primary and secondary schools until May 4, including students who are sitting exit examinations.

Exams to be held before May 4 are permitted at physical locations.

The existing work-from-home protocols in the public sector will continue until May 4. He said in the private sector, employers should allow eligible employees to work from home.

The gathering limit remains at 10, while the prohibition on handover and groundbreaking ceremonies continues until May 4.

The gathering limit of 15 at weddings has been maintained, and beaches and rivers not under organised control remain closed for the period.

The prime minister said burials are allowed Mondays to Fridays between 9 a.m. and 4 p.m. The ceremony is to be no longer than 30 minutes, with 10 mourners and five members of the clergy.