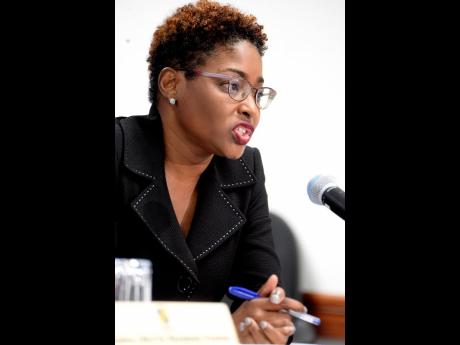 The Auditor General’s Department (AuGD) came under the microscope of the Ministry of Finance and the Public Service in a 2019 audit that unearthed several breaches by the body that is tasked with auditing annually the appropriation accounts of ministries, departments, and agencies.

While reporting that the expenditure process at the AuGD generally conformed to the stipulated guidelines for the payment of public monies, the finance ministry pointed to variances in the spending of taxpayers’ money.

Richard Dillon, the chief internal auditor at the finance ministry, said that the audit found 38 instances totalling $864,000 in which supporting documents for payments were not signed or stamped that the service was satisfactorily rendered as required by the Financial Instructions.

There were 59 instances totalling about $1.1 million in which supporting documents for payments were not signed or stamped approved for payment.

Dillon cautioned the AuGD that improper payments could be made if the internal controls to support the processing of payments were not adhered to.

Responding to this issue, the Pamela Monroe Ellis-led AuGD said that all invoices paid were certified and approved for payment by the requisite personnel.

“We will endeavour to comply with the process and denote payment made on all paid invoices as required,” Monroe Ellis said.

The chief internal auditor of the finance ministry also reviewed the cashier function at the AuGD to ascertain if it accorded with the Financial Administration and Audit Act (FAA).

In his findings, Dillon said that the personal file of the officer who worked as relief assistant cashier did not show that he was permanently appointed at the time of the inspection.

The cash transactions examined by the ministry’s chief internal auditor showed that the officer was performing the duties of a cashier between October 2018 and March 2019. Over the period, the cashier issued more than 100 receipts for amounts totalling $2.4 million.

“There was no indication in the personal file that the officer was formally designated as an accountable officer as required by the financial regulations,” the audit stated.

There was no evidence to show that the AuGD had submitted a list of accountable officers as required by government guidelines. Dillon said that failure by the auditor general to conform to the requirement of the FAA Act could undermine the accountability process.

In her response, Monroe Ellis said that the assignment for cash collection duties to a temporary staff was due to oversight and the need to segregate duties as three of the officers were newly employed to the department.

“We will endeavour to comply with the act and issue letters to all accountable officers and submit the list to the Ministry of Finance and the Public Service as required,” she added.

The audit commended the AuGD for following the required procedures in relation to the reconciliation of bank accounts.

However, in terms of payroll and annual returns, Dillon had concerns.

He reported that the audit of payroll was done using a sample of 33 officers which revealed overpayment of salary amounting to $206,837 in respect of three officers. The overpayments were related to no-pay leave and acting allowance.

Dillon said that the AuGD has an obligation to pay over statutory sums and failure to comply was in breach of the law.

The chief internal auditor also found that there was no procurement unit at the AuGD at the time of the audit. This, he said, was in contravention of the Government of Jamaica Handbook for Public Sector Procurement.

“The department’s ability to adequately manage its procurement activities in an effective manner could be compromised when the process is fragmented and the ability to obtain value for money could be adversely impacted,” the audit stated.

Dillon warned that the department’s reputation could be adversely impacted for executing its procurement activities contrary to Government of Jamaica procurement rules, especially if a material loss results from the breach.

The auditor general said that an officer was charged with managing the procurement function although that was not her substantive role.

“In addition, other procurement structures such as the Procurement Committee are all in place to enhance the process and procurement objectives as set out by the Government,” Monroe Ellis said.

After reported challenges in recruiting personnel to fill two procurement posts following the enactment of new procurement laws, the auditor general said that a procurement officer was now employed and efforts were being made to hire a director.