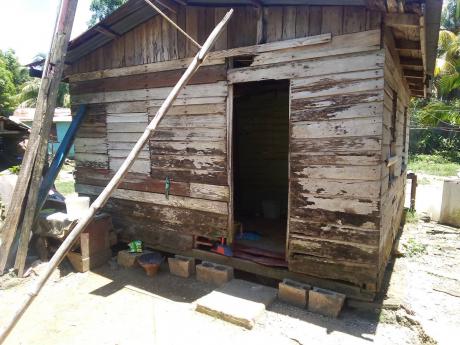 Photo by Hopeton Bucknor
The house in which one of the victims was killed underneath the bed. 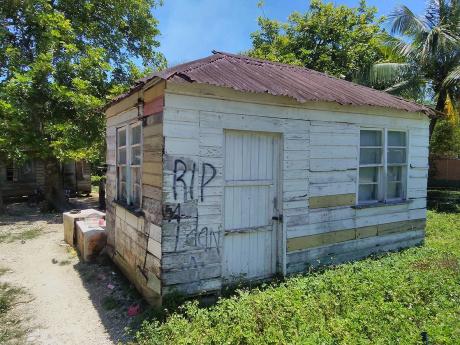 Photo by Hopeton Bucknor
The home of another victim in Wednesday night killing spree in Crowder, Westmoreland. 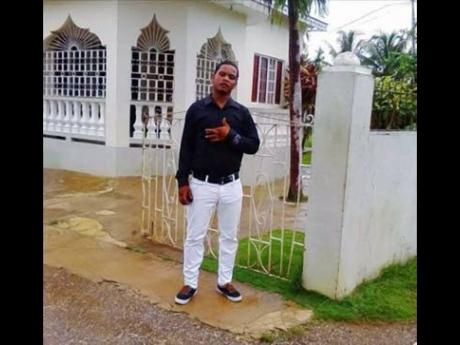 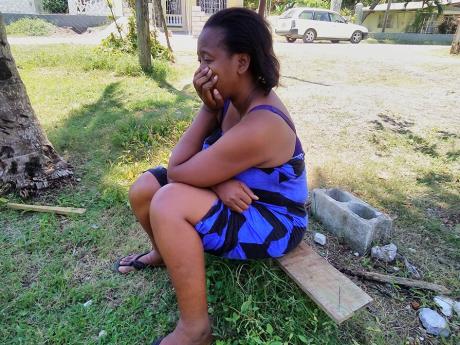 Photo by Hopeton Bucknor
Kadian Hudson is a picture of grief as she mourns the killing of her brother, Chrissel Hudson.
1
2
3
4

Convinced that gunmen were on the hunt for her 20-year-old son, Dwayne Christopher Scott, when they barged into her home in Crowder district, Westmoreland, Veronica Lawrence prayed throughout the ordeal that her two daughters would not be harmed.

Scott, who is known in his community as ‘Rubbish Heap’, was among three men killed in a spree of shootings by gunmen on Wednesday night. The other victims were 36-year-old Chrissel Hudson, otherwise called ‘Enoch’, a carpenter of Crowder district, and 28 year-old Okeem Bent, otherwise called ‘Red Bull’, a tiler of Burnt Savannah district.

Lawrence told The Gleaner that she was in bed in another room of the house when the men entered.

“It happen about 10:30, and mi know seh a mi son dem come fah because dem just keep on a ask everyone seh, ‘A weh di boy Rubbish Heap deh?’,” she recalled.

“Dem mek she carry dem to mi son house, and wen dem bust inside, mi eldest daughter was sleeping inna di room, an mi son hide underneath di bed, but dem still find him an shoot him,” she said, expressing gratitude that her daughters were spared harm.

According to Lawrence, a few years ago, her son was constantly in trouble and stealing people’s property, but he had changed his life and was now a construction worker.

“Him use to give pure trouble and thief people things, and every time the yard full a police and soldier, but since of late, mi nah hear nobody come a complain about him, so I don’t know what him do this time,” she told The Gleaner.

The eldest victim, Chrissel Hudson, was well loved by residents in Crowder district.

His sister, Kadian Hudson, was in tears when The Gleaner visited the family home yesterday.

“Dem just kill him like that and lef him five children. Up to now, mi still can’t believe,” Kadian stated.

Kadian said she was told that her brother was begging for his life when he was killed, adding that he was an honest, hard-working carpenter who was only focused on taking care of his five children.

The Grange Hill police have commenced an investigation into the triple killing, but they have not determined a motive.

Reports by the police are that about 10:30 p.m., heavily armed men invaded Crowder district and opened fire on several residents in the community.

Residents alerted the police after the gunmen were seen opening fire on several residents at a tenement yard in the area.

Upon the arrival of the lawmen, Hudson was found with gunshot wounds along the roadway, and Bent and Scott, who attempted to evade the gunmen by hiding underneath their beds, were discovered dead.

The Grange Hill policing area remains one of the most violent sections of Westmoreland and still has the record for the most murders in a 24-hour period when gunmen killed seven persons, including a two-year-old, in a rampage in May 2018.