Three years on, woman clings to hope of finding mother 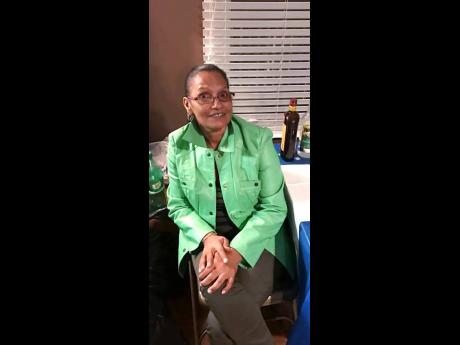 Contributed
Clarendon dressmaker Pauline Garib-Duncan has been missing since February 2018. 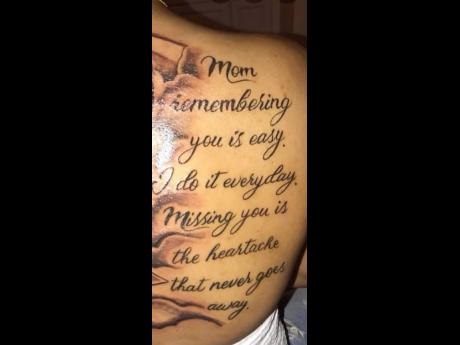 Contributed
Georgia Henry shows her tattooed back on which an ode to her missing mother is etched.
1
2

Georgia Henry says her family has been living in torment for the past three years.

Henry’s mother, Pauline Garib-Duncan, a dressmaker of York Town, Clarendon, has been missing since February 2018.

Recalling the last conversation she had with her mother, Henry said that Garib-Duncan called her on February 6 that year with one final promise: “’Tell my granddaughter that March month end she get her bicycle.’ I told her safe flight and hung up,” Henry said.

“Every time I see a missing person report, my heart pains. It is very heart-rending, and that fear of the outcome ... . Words can’t explain it and that gap in my heart is always like an open wound that cannot heal,” Henry said.

Garib-Duncan, who was 55 when she went missing, was reportedly last seen on February 6, 2018, when she left her home to travel to Sangster International Airport in Montego Bay. The family theorises she never made it to the airport.

“My mother asked my cousin to take her to the airport, but he told the police that on the way, she told him to leave her in Spaldings,” she told The Gleaner.

Henry said that her mother has no relatives in Spaldings and she has no clue why she would have requested to be left in the area instead.

Henry said that her every moment is consumed with wonder over her mother’s disappearance.

“At times I eat and I ask myself if she is eating wherever she is. Even when the time is cold, I wonder if she is warm. My brother tattooed the date she went missing on his forearm and I also tattooed it in my back ... ,” shared the distressed daughter.

Though the thought of her mother being dead is unbearable, Henry said that even finding her corpse would bring some closure for her and her brother, Garib-Duncan’s only children.

“Every day I get up, I pray I would hear something. I still hope that she is alive and I will continue looking until I hear something,” she said.

Henry said that her grief is even more painful because her mother was not around to witness the birth of her third grandchild, whose own mother passed when he was four months old.