‘I’ve been under the hammer’ 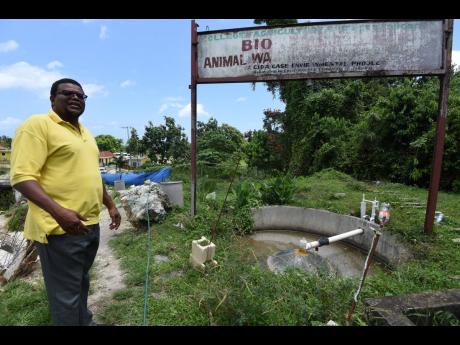 Ian Allen/Photographer
CASE President Dr Desmond Deslandes explains the use of the biodegradiable tank and why a new one is being constructed. 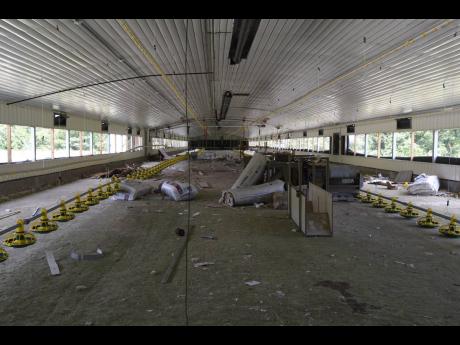 Ian Allen/Photographer
A new chicken house yet to be commissioned at the College of Agriculture, Science and Education.
1
2

A “comprehensive” audit of the College of Agriculture, Science and Education (CASE) is now under way amid claims of “poor management and lack of accountability” of the institution’s assets levelled by its alumni association.

Over the last three years, CASE has spent approximately $300 million to carry out a number of infrastructural upgrades and income-generating projects at its sprawling Passley Gardens campus in Portland.

But with some of the facilities still not in operation months after the construction was completed, the CASE Alumni Association has demanded that an external financial management audit be conducted to “ascertain the status of the college”.

Two weeks ago, auditors from the education ministry began combing through the books at CASE, but its chairman, Major George Kates, insists that such action was not triggered because of the past students’ request.

“The comprehensive audit will cover every ambit of the operations of the college,” Kates told The Sunday Gleaner during an interview last Friday.

“From HR (human resources) to procurement, projects … the entire operation and administration of the college are being audited,” he said, noting that it was requested by the board before the general election last September.

Dr Derrick Deslandes, president of CASE, described it as a “standard” audit conducted by the ministry and “nothing dramatic”.

“They wrote to me indicating when they are coming and what documents they need,” he said, indicating that “they have not yet started”.

Education Minister Fayval Williams, Permanent Secretary Dr Grace McLean and the ministry’s communications unit did not respond to questions sent last Tuesday seeking to ascertain the reason for the audit.

Separately, a subcommittee of the CASE board has just completed an investigation which Kates said was “based on some allegations”.

He declined to disclose the findings, saying they will be discussed at the next board meeting.

But amid the probes and the swirling allegations, Deslandes has defended his stewardship and remains undaunted in his mission to transform the institution into a world-class university.

“I am not an Ole Farmer and I am not a graduate of CASE or its predecessor institutions. So, from I landed at CASE I have been under that hammer,” said Deslandes, whose three-year contract ends in August this year.

“So, for me, it is even more imperative for me to perform because I am not one of the boys and I am not a member of the Ole Farmers network,” he said, taking a shot at his critics.

The Ole Farmers Association is made up of alumni of CASE and its successor institutions – Farm School, Jamaica School of Agriculture and College of Agriculture.

The issues began unfolding in January when the alumni association, through its president, Pius Lacan, fired off a scathing letter to Kates raising concerns about a number of governance challenges at CASE.

“These include, but are not limited to, inadequate monitoring and evaluation of all implemented projects, questionable procurement procedures during project implementation and the persistent failure of projects to be completed on time to generate intended revenues for the institution,” read a section of the letter dated January 21, 2021, a copy of which was obtained by The Sunday Gleaner.

Lacan’s letter also asked the board to provide detailed evidence of conformity with the procurement process, noting that he was tasked with the responsibility of bringing the issues “forcefully” to the attention of the CASE board.

Deslandes, however, dismissed suggestions that the process of engaging contractors was flawed while taking a shot at Lacan.

“They [projects] were advertised and done through national competitive bidding and we can provide the documents as proof,” he said.

The CASE president revealed, too, that up to June last year Lacan was a vice-president at the institution whose duties included oversight of the procurement process.

Lacan declined to go beyond the claims made in the letter.

“I wrote a letter in confidence to the board chairman for them to deal with some issues. I have no comment on that,” he said.

However, members of the association singled out two of the projects – a plant tissue culture laboratory and a ventilated chicken house – which they said were the main concerns.

The lab was constructed through a $16-million donation from the association’s Ole Farmers’ North America chapter and was “intended to be the centrepiece of a plant biotechnology factory that was envisioned to produce, for sale, a wide range of high-quality, disease-free crop-planting materials”.

“After several missed completion dates, the building was eventually completed in 2019, but the machinery and equipment, which were projected to cost $10 million, were yet to be procured,” one member charged.

“Consequently, after nearly three years of the start of construction, the laboratory was yet to be used for the purposes for which it was intended.”

Construction of the ventilated broiler chicken house was completed in early 2018 with assistance to the tune of $29 million from the then Ministry of Industry, Commerce, Agriculture and Fisheries, according to the CASE alum.

However, the source charged that the facility has since been left idle “because the administration of the college did not have the foresight and knowledge to ensure the construction of the essential companion facilities of a processing line and a suitable building to house the abattoir.

“In the three years since its completion, the poultry house could have produced 24 batches or 384,000 broiler birds on the basis of six weeks per production cycle, which represents substantial potential revenues losses to the institution resulting from poor project planning on the part of the administrators.”

However, the CASE president gave a different timeline for completion of the chicken house, saying construction and the installation of equipment were completed in November 2020.

He acknowledged that it has not been put into operation because there are at least three things on the to-do list.

“The problem is that during the COVID period we have lost $100 million in revenues, so we don’t have the cash to do it out of pocket,” he explained.

Deslandes admitted, too, that the tissue culture laboratory is completed and partially equipped, “but not [with] enough equipment to start”.

A part of the challenge, he said, is that there is no employee at CASE with the experience of managing a tissue culture lab. “We now have to find the resources, whether borrowed or some other way, who can actually manage the lab.”

His critics say he should have foreseen these issues.

Deslandes conceded that that was a fair criticism, but defended his approach to the implementation of the projects.

He disclosed that an internal assessment indicated that the projects would cost $300 million, and said had he waited to receive the entire allocation required to transform the college the work may not have commenced.

As a result, he said a strategic decision was taken to break up the overall project into different components then seek out funding partners for each.

“The journey of a thousand miles starts with one step. If I had sat back and tried to get $800 million, I would not be president today because they would say I am not performing,” Deslandes said.