DPP eager to press ahead with Trafigura probe 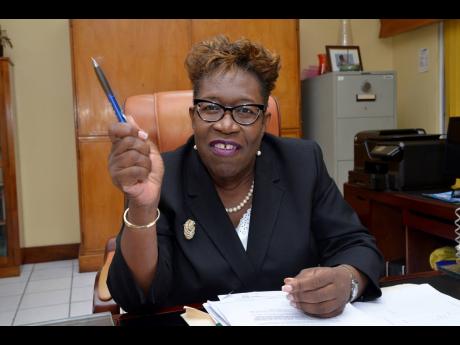 Director of Public Prosecutions Paula Llewellyn is to write to the Supreme Court’s registrar to request a date for the resumption of the Trafigura matter following the Privy Council’s dismissal of the appeal brought by five functionaries of the People’s National Party (PNP) that they not testify in open court about a J$30-million ‘donation’.

The funds, which the party claimed were gifted by Dutch oil-lifting trader Trafigura Beheer in 2006, were handed over during the Simpson Miller administration. Trafigura later claimed that the money was for a commercial transaction.

The five party members, then Prime Minister Portia Simpson Miller, then party Chairman Robert Pickersgill, current Chairman Phillip Paulwell, then General Secretary Colin Campbell, and businessman Norton Hinds, had taken the matter to the Privy Council after the Court of Appeal, in 2017, dismissed an appeal against a Supreme Court ruling that they testify in open court.

Following Monday’s ruling from the London-based high court, which delivered a 21-page judgment, Llewellyn said her office would seek to secure a court date.

The Office of the Director of Public Prosecutions is Jamaica’s designated Central Authority under the Mutual Assistance (Criminal Matters) Act (MACMA) to which the quintet are subject.

Commenting on the ruling, Llewellyn said that “the rule of law is alive and well in Jamaica” and that Justice Campbell’s decision was vindicated.

Efforts to reach attorney-at-law Alexis Robinson, who had represented the five appellants in London, were unsuccessful. K.D. Knight, QC, who is part of the legal team, said that he could not readily provide a reaction or the next move by his clients.

“I haven’t been able to analyse the judgment as yet and to advise them of the legal implications and the next step forward,” Knight told The Gleaner, adding that he only glanced at the document.

Current PNP President Mark Golding, in a press release, said that he was looking forward to closure of the case.

“The information requested by the Dutch authorities should now be provided without delay. Let the truth come out and let the chips fall where they may,” Golding said in a press statement on Monday.

The five appellants, who claimed they had no information to assist the Dutch investigators in the more-than-decade-old case, had maintained that the local judges had erred in their ruling compelling them to testify. They also argued that the Supreme Court judges had no power to compel persons to give evidence in court or to impose a penalty upon refusal.

But the Court of Appeal ruled that the proceedings brought under the Mutual Assistance Criminal Matters Act are subject to the principles of open justice as mentioned in Section 16 (3) of the Constitution and that the ruling of the judge that these proceedings should be conducted in open court was correct.

“There was no material before the court to lead to the conclusion that a public hearing might jeopardise the investigation in The Netherlands or any subsequent investigation or proceedings which might follow in Jamaica,” the appeal court ruled.

It further said: “It should also be recalled that the appellants were given the opportunity to give their evidence in private but did not avail themselves of that opportunity, thus leading to the request made in the ninth supplementary letter.”

The Trafigura matter originated from a series of requests from authorities in The Netherlands for Simpson Miller and the others to answer questions about the money that was sent to the party while Trafigura had an oil-lifting agreement with the Jamaican Government.

The political donation transgressed Dutch law but did not breach local legislation.

After public outrage, the PNP said that it had returned the money.

According to the facts presented before the Privy Council, the National Public Prosecutor’s Office (NPPO) of The Netherlands is investigating alleged breaches of the Dutch Criminal Code by Trafigura Beheer for the potential bribery of public officials of Jamaica.