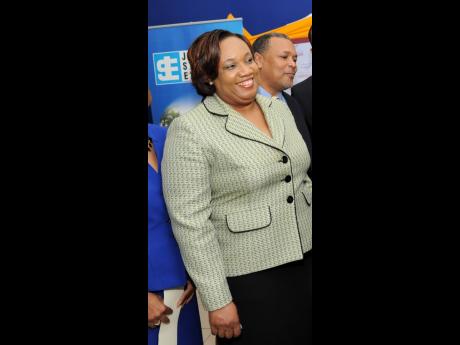 Audrey Deer Williams, who for many years was the senior director of investments at the National Insurance Fund (NIF) in the Ministry of Labour and Social Security, came under fire on Tuesday from members of Parliament’s Public Accounts Committee (PAC) who pressed her to provide clear answers on missing documents relating to the award of contracts.

An internal audit report out of the ministry showed that KRONOS Investment Developers was utilised to identify and select a suitable operator or manager for the Melia Braco hotel, which is owned by the NIF. However, the audit was not presented with records indicating how proposals were evaluated, as several documents requested are yet to be submitted.

Morland Wilson, a member of the PAC, asked why an initial payment of US$5,000, which was required on the signing of an agreement, was paid to KRONOS before the contract was endorsed by the ministry’s accounting officer.

In her response, Deer Williams said she had asked for clarification on the payment.

The audit also revealed that suppliers who received millions of dollars were selected through the direct-contracting method. It also found several instances in which there was no transparency in the selection and evaluation of service providers as relevant records were not provided.

According to the audit report, there were invoices for project coordination, including developing templates for evaluation, liaising, and conducting meetings with professionals. However, no document was presented that indicated that the contractual arrangement was extended to project management.

Further, a contract was not presented that confirmed KRONOS was retained beyond May 2013. Only two contracts were seen, first in 2011 and the second commencing October 1, 2012 for a period of eight months, the audit stated.

Deer Williams, who is now the chief technical director at the Ministry of Labour and Social Security, was asked by PAC member Dwight Sibblies if work was done by the company without a contract.

Responding, Deer Williams said she did not know if the auditors made a concerted effort in trying to find and locate the contract.

“As far as I am aware, the contracts are supposed to be at the office so I can’t answer beyond that,” she said.

However, Wilson questioned why the documents were not handed over to the auditors if they were at the ministry.

But Deer Williams insisted that she could not “speak to why it was not provided, but I know for each engagement there was a new contract done”.

Colette Roberts Risden, permanent secretary, made it clear to committee members that Deer Williams had been allowed access if she needed to prepare the response. She asked Deer Williams and the current director of the NIF to provide the documentary evidence to the committee.

Committee Chairman Julian Robinson said as the person in charge at the time, Deer Williams had a duty to present the necessary information to the auditors.

Heroy Clarke, another committee member, said he was at a loss as to how Deer Williams’ remarks were at variance with the report presented by the ministry’s internal auditor.

“What Mrs Deer Williams would want us to believe as the person in charge of that department (at the time), that though the audit report is saying to us that they could not find any contractual arrangement or any relevant records to the matter at hand, she is saying they were there,” said Clarke.

Lucien Smith, acting chief internal auditor at the ministry, revealed that the auditor asked for the relevant documents but did not receive them.

“We maintain that the evidence reviewed showed that suppliers were engaged via direct contract in contravention of the regulations,” Smith declared.

He told the committee that to date the documents had not been presented.

The internal audit report was submitted in 2018.