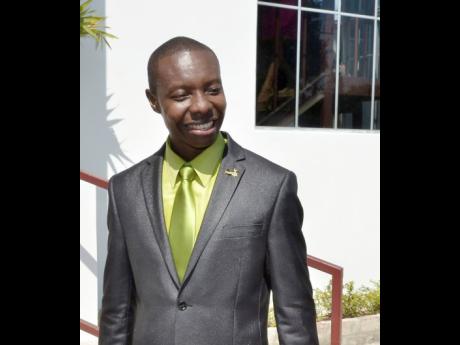 A religious company affiliated with embattled clergyman Jeffrey Shuttleworth has slapped the Government with a lawsuit over the legislation it has used as a vehicle to impose public order and safety amid the COVID-19 pandemic. Freedom Come...

A religious company affiliated with embattled clergyman Jeffrey Shuttleworth has slapped the Government with a lawsuit over the legislation it has used as a vehicle to impose public order and safety amid the COVID-19 pandemic.

Freedom Come Ministries International Ltd is challenging the 2015 Disaster Risk Management Act (DRMA) as unconstitutional, arguing that it trespasses on religious freedoms guaranteed by the Constitution.

Shuttleworth, who pastors Tarrant Baptist Church, has outlined in court documents filed on Monday in the Supreme Court that Freedom Come, of which he is a director, believed that its constitutional rights had been breached.

The attorney general is the defendant in the suit.

The company, which is located at 151 Molynes Road, St Andrew, reputedly has membership in excess of 10,000 persons locally and internationally, said the DRMA was enshrined in law to respond to hurricanes, floods, and other natural disasters.

‘The act clearly represents an encroachment on those fundamental rights guaranteed under the Charter of Fundamental Rights and Freedoms (Constitutional Anendment) Act 2011,” Shuttleworth said in his affidavit.

The claimant is seeking compensation.

Attorney-at-law Hugh Wildman, who is also representing Shuttleworth in a spat over a controversial recording pouring scorn on COVID-19 vaccination, told The Gleaner on Tuesday that the restrictions have significantly affected the claimant’s ability to serve the poor.

Wildman said his claimant has been assisting the poor for many years with provisions of food and other basic commodities.

Churches have been forced to slash their attendance numbers, with the most recent edition of the law allowing for 30 congregants. Curfews have also been imposed islandwide.

Among several declarations being sought is that because of “the absence of a proclamation by the governor general declaring a state of emergency under Section 20 of the Charter of Fundamental Rights and Freedoms (Constitutional Amendment) Act 2011, actions taken by the executive under Section 26 (2) of the Disaster Risk Management Act and the amendment thereunder and thereto are illegal null and void and of no effect”.

Shuttleworth stated further in his affidavit that with the onset of COVID-19, the Government has sought to use the provisions of the act to curtail democratic rights. He said some of the rights affected include the right to freedom of movement and the right to engage in religious activity as guaranteed under the Constitution.

The claimant raised concerns that the specific restrictions on churches had not been imposed on commercial operations such as call centres.

An outbreak at the Portmore branch of Alorica, euphemistically called the ‘workplace cluster’ in government documents, sparked the first significant cluster of COVID-19 cases in April 2020. Churches, Shuttleworth argued, had not been comparable hives of disease spread.

“All these restrictions have significantly affected the claimant’s ability to cater to the religious needs of its congregation,” Shuttleworth said in court documents.