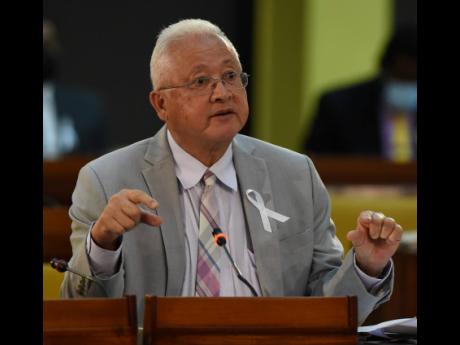 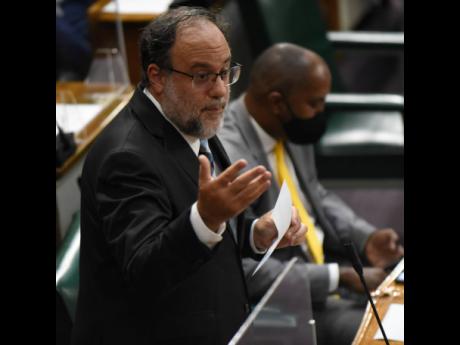 Opposition Leader Mark Golding has described as “irregular and “improper” questions raised by Justice Minister Delroy Chuck in a statement to Parliament about the Trafigura bribery case, which is to be heard in open court.

The scandal over a purported political donation returned to Gordon House on Wednesday – the place where it was first revealed some 15 years ago.

Dutch oil-lifting company Trafigura Beheer, a company contracted by the then Simpson Miller administration, had gifted J$31 million to her then ruling People’s National Party (PNP).

Arguing that the country was governed by the rule of law, Golding charged that Chuck sought to politicise a matter that was now before the courts.

Chuck, in his statement on Wednesday, said that the Jamaican people “need to know all the facts” about the Trafigura case.

The justice minister said that the country should be told “what, if any, was the nexus between the alleged donation to the PNP and the renewal of the Trafigura contract with the Government to continue lifting oil for Jamaica”.

Chuck also argued that “if it is found that the donation was a ‘political donation’, why was it given to CCOC Association and not directly to the political party”?

It is illegal for Dutch firms to make donations to foreign governments, but Jamaican law was not breached.

In its April 19 judgment, the Privy Council ruled that five then functionaries of the PNP (PNP) – Portia Simpson Miller, Phillip Paulwell, Norton Hinds, Colin Campbell, and Robert Pickersgill – will have to testify in open court.

Paulwell is currently the party chairman.

Speaker of the House Marisa Dalrymple Philibert said that Chuck’s comments on the Privy Council ruling were public knowledge.

However, Golding said that the minister’s statement went outside of the realms of the judgment.

But Chuck refused to relent.

“There are many more questions about the Trafigura contract and the donation to the People’s National Party that need to be answered,” Chuck said to thunderous applause.

Chuck said that he agreed with the Privy Council that “there is a legitimate public interest in exposing the Mutual Assistance (Criminal Matters) Act proceedings to public scrutiny to ensure that they are properly and fairly conducted, especially since the nature of the matter is one which is capable of affecting the polity of the country”.