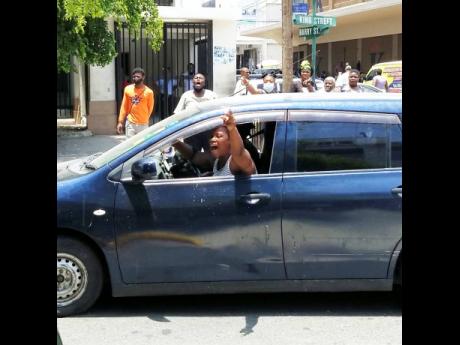 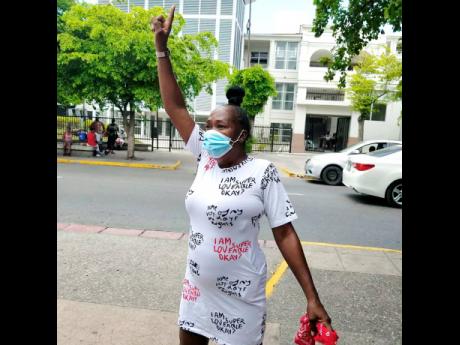 Photo by Tanesha Mundle
Janet Brown is exultant outside the Supreme Court on Thursday after hearing that three members of the Coke family and four others would be freed of murder and gang charges. 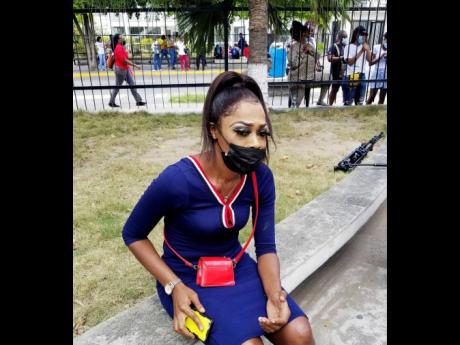 Photo by Tanesha Mundle
Shauna was among scores of persons at the Supreme Court on Thursday who celebrated the release of seven accused, including three members of the notorious Coke family. They had been slapped with murder and gang charges.
1
2
3

Thursday’s release of three high-profile members of the notorious Coke family and four others on murder and gang-related charges served as a blow to law-enforcement and justice officials who have pitched the crushing of mafias as a key goal to collar crime.

Andrew and Lanchester are Dudus’ brothers and Michael is his son.

Shauna, who had tears streaming down her face, struggled to explain her happiness.