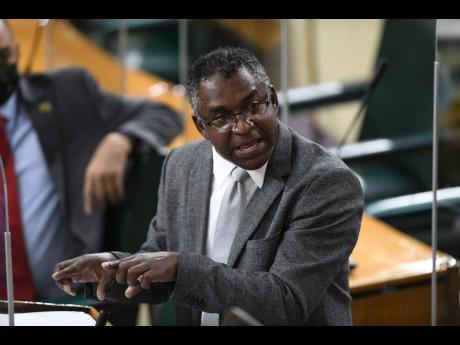 Lawmakers yesterday sought to reshape the Sexual Harassment Prevention Bill to include new definitions for working relationships in light of the changing nature of workplaces in modern times. An idea to also extend protection beyond tenant-landlord relationships was also mooted as the Joint Select Committee winds down its review of the bill.

Following Thursday’s marathon session, lawmakers are hoping to conclude their deliberations at their meeting next week.

Senator Kavan Gayle said that expanding the scope beyond tenant-landlord relationships and including accommodations was of vital importance during what he described as a recap and fine-tuning of the final report to be submitted to the Houses of Parliament.

“You may have a situation where somebody comes from country and is staying with a cousin or aunt and is being sexually harassed. In that situation, where the person is not paying rent but is a bone fide member of the household, that is an accommodation because you are not paying rent. In the first instance, it was looked at where it was a straight landlord-tenant situation, but it has now been amended to take into consideration accommodation as well.”

Another area on which the lawmakers spent some time was the definition of the workplace, which they agreed was too narrow.

The work-from-home orders dictated by COVID-19 protocols highlighted the practicality of this amendment.

“That is why Clauses 3 and 4, which speak to the prevention of the harassment, is so detailed in nature. They take into consideration all the scope, along with Clause 7, which details who and who can be harassed as well as how the harassment is defined,” Gayle, a trade unionist, said.

He pointed out that while the committee had not yet finalised a date for its next meeting, members are eyeing Tuesday, when they hope to conclude the deliberations on the report, which has been informed contributions from various stakeholders.

“The intention is to conclude the report whenever next we meet, and once that is done the report, having been finalised, will then be submitted to both Houses of Parliament,” he said.