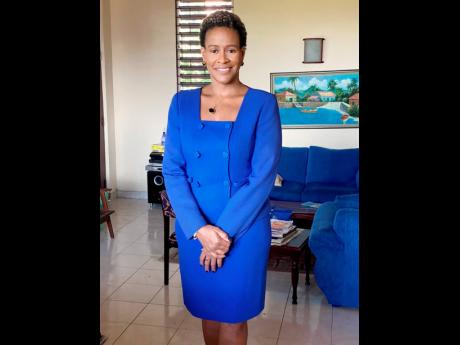 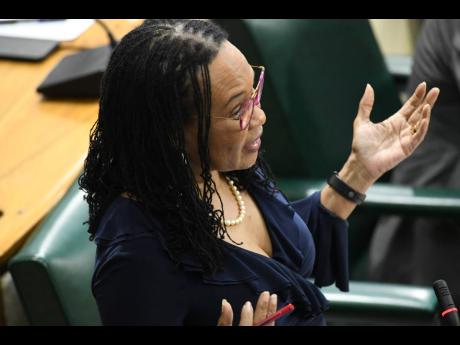 The temperature in the Senate soared by the minute yesterday as female lawmakers sparred over the issue of the viral video, even as George Wright was the target of sharp rebukes for much of the session.

It was Opposition Senator Donna Scott-Mottley who first took aim at female government senators as she shredded a joint statement endorsed by women of the Lower House denouncing violence against women.

That statement was delivered on Tuesday by Speaker Marisa Dalrymple-Philibert against the background of Member of Parliament (MP) George Wright being accused as the man in the video mercilessly beating a woman.

Wright has not denied or admitted that he was the man in the video, but he has gone on leave of absence from both the Jamaica Labour Party and the House of Representatives.

He was questioned by the police but the case against him had been dropped because the female said to be in the video refused to cooperate with the police.

Scott-Mottley, who is the Opposition spokesperson of gender affairs, said Government senators continue to ignore the video even though actions had been taken against Wright.

“There has been great care and pain [and] every effort made to avoid a mention of a video,” she charged.

Scott-Mottley, who is also an attorney at law, contended that the refusal to address Wright’s issue fulsomely made the statement hollow.

“All the words which are written here I agree with and words are important but the words without the action make them just that – empty. The page could have been blank because there is nothing about this statement that distinguishes it from all the other statements which we have made,” she said.

Making reference to the yearly activity of Parliament speaking about women’s issues particularly gender-based violence, Scott- Mottley lashed out at the conservative nature of the women on the government benches.

“I have not heard one woman from over there (government benches), who condemns violence on every… and will come again in November to condemn violence … I did not hear them dare to raise their voice in protest,” Scott-Mottley said.

There are four female senators on the Government side including the leader of Government business Senator Kamina Johnson Smith.

But the Government senators shot back at the assertions made against them.

Sherene Golding Campbell said she was “ashamed” that the females in the Senate were unable to speak with a unified voice on the issue of gender-based violence.

“When a parliamentarian can get up and dare to question the motive and intent of a female parliamentarian on this side, I do take issue with that,” Golding Campbell said.

She accused the Opposition of seeking to score political points on the issue of the viral video while families were left vulnerable.

“While we sit and bicker across the aisle, there are families undergoing pain, pain that you don’t understand because the issue seems to be who is condemned about a viral video instead of the conversation that ought to be happening about what we are doing nationally to ensure that in Jamaica when families have this problem, they get can help,” Golding Campbell argued as Scott-Mottley pointed in her direction.

Sophia Frazer-Binns, on a point of order, dismissed claims that the Opposition senators were not in support of denouncing violence against women.