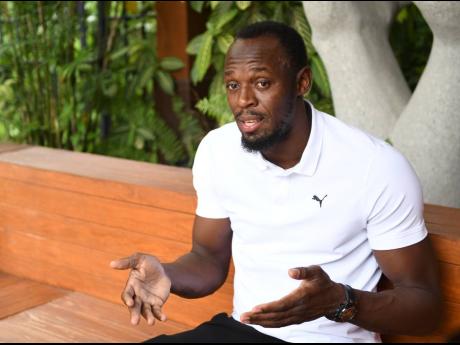 Senior Superintendent of Police (SSP) Stephanie Lindsay has advised that the police have shelved investigations into the surprise birthday party held last August for retired sprinter Usain Bolt as the information was received after the event.

The sprint legend was confirmed COVID-19-positive days after the event, which had international footballers Raheem Sterling and Leon Bailey among its guests.

Both Prime Minister Andrew Holness and Health Minister Christopher Tufton declared afterwards that there would be no special treatment for the superstar, and that an investigation would be launched into the event following a viral video of Bolt and guests dancing and singing at the party held at the Football Factory in St Andrew to celebrate his 34th birthday.

“That matter was closed because the Disaster Risk Management Act is designed that the person or persons must be warned by the police to stop and disperse. If they comply, that will be the end of it, but if they continue, then action will be taken,” the constabulary’s chief spokesperson explained. “So in that matter, we could not continue investigating because we got the footage of the event after it was completed, so he could not have been prosecuted under the Disaster Risk Management Act for a breach.”

Last September, Anthony McLaughlin, superintendent in charge of the Counter-Terrorism and Organised Crime unit, told The Sunday Gleaner that sleuths were still resolute, even though the superstar was COVID-19-stricken and some visiting patrons had already returned home overseas.

“An investigation is still ongoing into the breach of the Quarantine Act. Although a permit was granted, we still want to find out whether the social-distancing rules were breached, and then with those who came into the country, we still want to find out if they actually breached the quarantine rules,” McLaughlin had told The Sunday Gleaner, promising that the probe would be wrapped up in two weeks.

“We will prepare the file and send it to the DPP (director of public prosecutions). There is a wide range of things that can be done,” he stressed.

Last week, SSP Lindsay rejected the suggestion that Bolt was an untouchable and that dancehall artiste Moses Davis, popularly known as Beenie Man, was not given the same privilege.

“So what we are asking our citizens to do is to contact us immediately when you see these illegal events taking place, so that we can apply the letter of the law,” she urged.