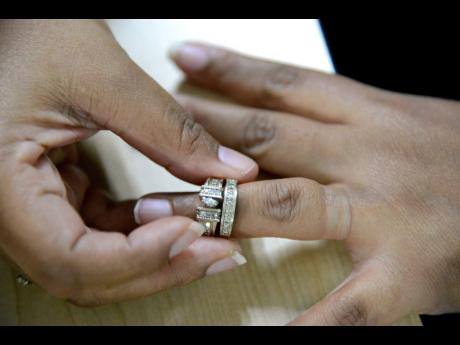 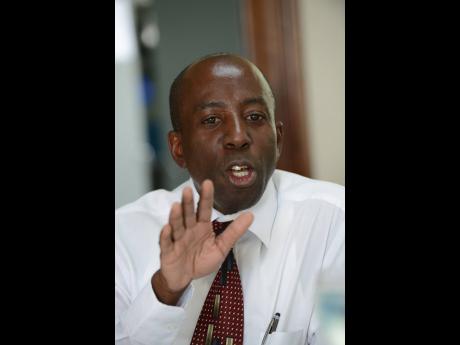 Jamaicans are walking away from their marriages in droves amid the throes of a coronavirus pandemic.

Since January 1 this year, some 1,220 divorce applications have been filed in the courts, figures compiled by Court Administration Division (CAD) have revealed.

“This is frightening,” declared the Reverend Horace Aiken.

“It is something that we need to pay attention to,” added Aiken, a marriage counsellor who has seen a significant uptick in the number of couples seeking intervention in their relationships.

A total of 3,689 persons applied for divorce last year, a marginal decrease from the 3,934 applications submitted the previous year, according to CAD figures obtained by The Sunday Gleaner.

Jamaica confirmed its first case of the deadly coronavirus last March. Amid a suite of containment measures imposed by the Government, which largely restricted the movement of citizens and caused social dislocations.

Dr Saphire Longmore, president of the Jamaica Psychiatric Association, believes that “COVID stressors” have served to exacerbate pre-existing relationship issues such as infidelity, even as she acknowledged that there is not sufficient empirical data to establish a co-relation between the pandemic and the high number of divorce applications reported locally.

“So, what you are finding is that a lot of relationships where probably persons would escape from the direct confrontation by being able to go out, but because of the restrictions, they are having to face them more, and so there are more culminations,” she reasoned.

The Right Reverend Gary Harriott, moderator of the United Church in Jamaica and Grand Cayman, indicated, too, that various church-led family-life improvement initiatives have been shuttered by the COVID-19 restrictions.

“Churches that have been doing like marriage enrichment seminars or couples ministry, … some of those things have been affected because of the COVID reality,” he said, while acknowledging that some have moved to online platforms.

In an age when a divorce is readily accessible, Harriott and Aiken believe spouses are quickly opting for separation rather than working to save their relationships.

Further, Harriott is not convinced that in most cases, partners are sufficiently prepared for marriage “in terms of their own development as individuals”.

“So, many people, I think, do not have the kind of relationship skills that are required to navigate a marriage,” he told The Sunday Gleaner, while noting that some relationships “clearly may not deserve saving”.

However, CAD, through its director of client services, communication and information, Kadiesh Fletcher, has attributed the high number of divorce applications to several solutions implemented by the courts to fix a vexed issue.

The interventions, according to Fletcher, started in 2018 when Chief Justice Bryan Sykes held consultations with employees in the Supreme Court’s matrimonial division, following which it was agreed that 16 weeks would be the standard time for the completion of the divorce process.

“Since that time, there has been a lot of work to ensure that this target is met,” she told The Sunday Gleaner in an emailed response on Friday.

Aiken, a New Testament Church of God pastor, reported, like Longmore, that lack of proper communication is among the common themes that emerged among the widening number of spouses seeking assistance to save their unions.

“The common thing you are hearing is that ‘he doesn’t know how to talk to me’ or ‘whenever I’m talking to him, he goes silent’,” he said.

At the time of the interview on Friday, Aiken had just completed a counselling session with a pair of high-school sweethearts who have been together for 12 years, but are now facing turbulent times.

He said the husband, who admitted that he was adamantly opposed to counselling, was smiling after the session.

“He said to his wife right there that he was happy he came because him ‘like how di thing a deal wid’ and he wants to resolve the issues,” Aiken recounted.

A critical issue for Longmore is the mental care and other intervention strategies that may be required for children whose parents are separating.

“You have to use age-appropriate communication to ensure that a child is adequately able to deal with and adjust to the issues that may arise,” the consultant psychiatrist suggested.

“It is not necessarily unhealthy, especially when children are involved, because at the end of the day, when you have that kind of discontentous environment, it invariably impacts very negatively on the child.” she said.