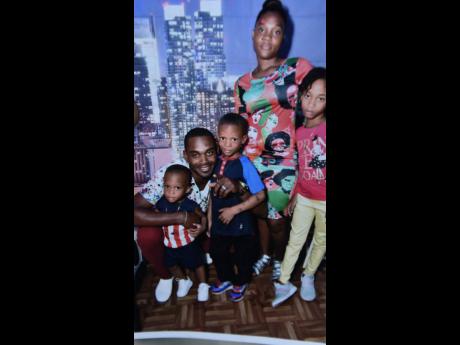 Contributed
The late Johnross Morgan has been praised as a family man. 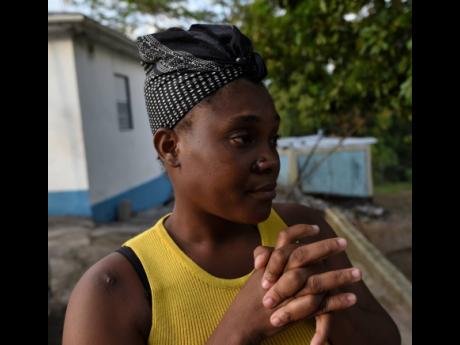 Ian Allen/Photographer
Trudian Morgan, widow of Johnross Morgan, who was stabbed to death over a partner plan. 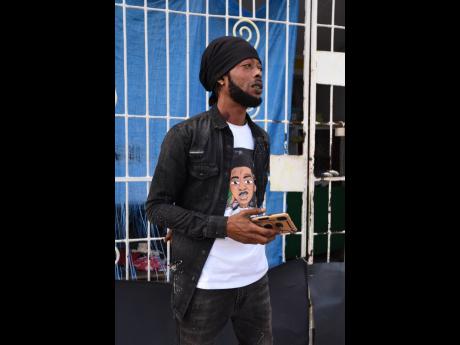 Ian Allen/Photographer
Jason Morgan is still in disbelief over his brother's violent death.
1
2
3

Johnross Morgan had been investing in a partner plan for weeks with dreams of starting a business to offer his family “a decent life”.

But the very thing that was to be the route to the 29-year-old security guard’s independence cost him his life when he was stabbed Monday night. His wife and two children witnessed the brutal attack.

“Mi nuh t’ink mi can get over this. Mi can’t sleep, mi can’t eat. This can’t come out of my brain. It’s like every time mi close mi eyes, a di incident mi a see,” said Trudian Morgan, widow of the guard, whose three-year-old and six-year-old saw his last moments.

The suspect has been held, the Greater Portmore police confirmed Wednesday night.

Morgan, who resided in Waterford, Portmore, was stabbed several times about 7:50 p.m. on Monday, allegedly by the boyfriend of businesswoman Angean Miller, after Morgan went to collect partner money owed to him.

Miller also lives in the community.

Reports are that Morgan, who had a partner plan going with Miller, wanted to cancel the arrangements and was trying to collect $63,000 he had invested in the informal savings scheme when a dispute developed.

It is reported that Morgan smashed his cell phone against a wall in anger after he was given the runaround and started to leave, accompanied by his wife and children, who had joined him when Miller’s boyfriend allegedly attacked him.

Morgan was pronounced dead at the Spanish Town Hospital.

“I really don’t know what to tell them. The six-year-old one come up to me and said, ‘Mommy, mi see daddy on the ground with blood coming out of him nose and him a try fi talk to mi,” Trudian disclosed.

Johnross has been described as a loving husband and father who worked hard to take care of his children.

The couple have been married for seven years, but their relationship spans 15.

“We never left each other. We go through thick and thin. He had dreams,” said Trudian.

“He is a God-fearing man who pray every night. Him nuh walk and give trouble. Him shouldn’t die like this,” said Mrs Morgan.

And while the distraught widow had to seek solace from family members in Brown’s Hall, St Catherine, the deceased husband’s elder brother, Jason Morgan, was devastated at the Portmore family home.

Trying to drown his sorrow in alcohol, Jason listened to a Chronic Law song Hide My Tears which he confessed was helping him to deal with the moment.

“I just got home from work and saw the commotion not far from where we live. I asked what happened, and somebody said, ‘Dem kill yuh brother’. I say to myself, ‘No, mi bredda can’t dead’,” Jason told The Gleaner while trying to compose himself.

“Mi see him shoes and I know it was him. I look and saw him covered in blood and I lose it.”

Close neighbour, racehorse jockey Phillip Parchment, said that it was shocking to see a family man fall victim to such a violent attack.

“He lives upstairs and I live downstairs. We blend like one family,” Parchment told The Gleaner.

“He is a jovial, hard-working man. I am just sorry to see him go like this.”