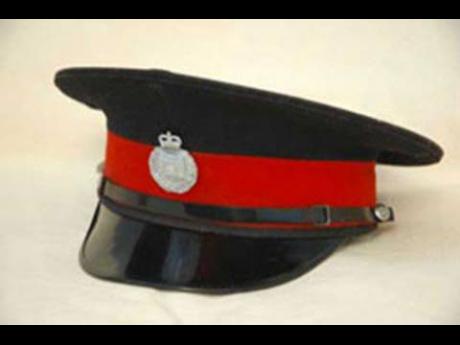 File
Fitzroy Honeyghan, the director of the funeral establishment, which operates in Mandeville, Manchester, and Savanna-la-Mar, Westmoreland, is peeved at complaints from his staff that they are being harassed by the police.

The operators of Honeyghan’s Funeral Home are threatening to haul the Jamaica Constabulary Force (JCF) before the courts if it does not retract a statement in which they claimed that an employee of the business had issued threats against the police.

Additionally, Fitzroy Honeyghan, the director of the funeral establishment, which operates in Mandeville, Manchester, and Savanna-la-Mar, Westmoreland, is peeved at complaints from his staff that they are being harassed by the police.

Honeyghan said no one by that name had ever been employed to his organisation but had recently done business with the funeral home.

“The only time he came here was to bury his brother. He came here to view the body and came back on the day of the funeral, which was last Wednesday,” the businessman said.

Honeyghan said that when he visited the Mandeville Police Station, the cops claimed hat they knew nothing about the situation and that they were not responsible for the erroneous statement.

“They say they could not retract a report which they did not send,” said Honeyghan. “They claim that they are also carrying out investigations to determine which station it was sent from. But if you did not send out a report, how is it that you sent police to my premises to investigate and also to harass my staff members on the street?”

He added that the police visited the funeral home on Tuesday in search of the man but came up empty-handed.

When The Gleaner contacted the Mandeville Police Station, we were told that the man was brought in by his sister and was questioned and released.

Acting Deputy Superintendent Colin McKenzie, detective inspector in charge of crime for the parish of Manchester, said he was aware of the matter and that investigations were being carried out to determine the source of the statement, which was released to the public.

Melvin Honeyghan, manager of Honeyghan’s Funeral Service in Westmoreland and chairman of the Jamaica Funeral Directors Association, said that the blunder has tarnished the name of his business.

“If they had spoken to this guy at any point and he even told them he worked at Honeygan’s, the police have a responsibility to ensure this is so, so they did not do an investigation,” he complained.