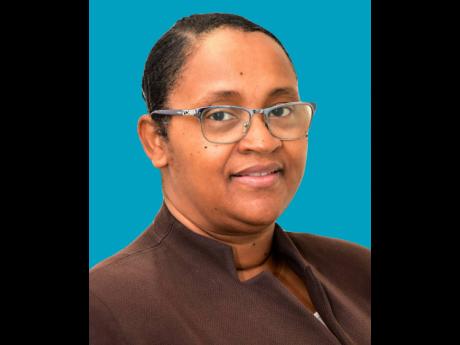 Although shying away from disclosing whether it would assess school-based assessment (SBA) submissions from Jamaica with a sterner measuring stick, the Caribbean Examinations Council (CXC) has tagged the practice of teachers making significant changes to students’ coursework as straying from the rudiments of “good teaching”.

CXC Director of Operations Dr Nicole Manning was speaking with The Sunday Gleaner in the wake of last week’s report of frustrated teachers, blaming a lack of interest on the students’ part and a range of issues affecting them in virtual classrooms, confessed to our news team that they have been recrafting SBAs for their Caribbean Secondary Education Certificate (CSEC) candidates in order to protect their own reputation and that of their schools in securing passes.

The SBA is the coursework component of examinations administered by the CXC, except for French, human and social biology, Portuguese and Spanish.

With teachers expected to provide “a valid and reliable statement of the level of achievement of the students”, Manning said these teachers were essentially “marking their own work” and defeated the purpose of the SBAs, which are designed as a means of formative and summative assessments.

Steering clear of labelling the practice as cheating, Manning said that such action was the “choice of the teacher”, adding that it was unfortunate, especially given all the support and training the regional examination body provides for teachers regarding the treatment of SBAs.

“We always have a choice. So, if at all this is happening, that is the choice the teacher would have made and we could not be in agreement with that,” she said.

“What value would that be for the student based on the fact that a student may use their qualifications to facilitate matriculation into further education or to seek a job? Will they be able to perform the functions as requested by their employer?” Manning asked.

A report produced after the first full moderation of SBAs by the CXC last year raised a number of red flags. The chief examiners cited a lack of thoroughness and vigilance by teachers while marking SBAs. This led to the award of full marks, in some instances, for areas that students did not even attempt. They also flagged cases of leniency and students even receiving marks for non-existent SBAs.

Consequently, the CXC has decided to moderate all SBAs going forward, instead of just taking samples from each examination centre.

Turning to the culture of ranking local high schools based on the performance of students in the CSEC examinations, Manning said this was not the CXC’s doing.

Using data on CXC passes provided by the Ministry of Education, various bodies and think thanks have, over the years, produced yearly rankings of high schools, which many persons accuse of perpetuating a culture of elitism for some schools while relegating others to the shadows of society. Teachers and headmasters have contended that the practice is unfair as it does not consider factors affecting performance.

“That is a discussion to be had with the ministry because the [ranking] criteria aren’t coming from CXC,” Manning said.

“We are aware that the schools use the performance of students for different reasons, for example, to determine scholarships and for ranking. However, we only provide the information per [examination] centre. The territories are free to use the information however they see fit,” she said.

However, one grade coordinator and senior teacher at a Clarendon-based school deemed lower-performing, and who spoke with The Sunday Gleaner about the challenges faced by her colleagues who mark SBAs, lamented the culture of ranking schools based on CSEC passes, noting that the practice places teachers at non-traditional high schools in a frustrating position.

She contended that the placement of students with lower passes in the Primary Exit Profile exam and its predecessors at certain high schools perpetuates this stigma attached to schools deemed low-performing.

“This issue is much broader. We have to examine carefully how we evaluate our schools. We have to look at the input in terms of resources and, ultimately, the final product. People look at CXC pass rates, [but] that is very limited,” he said.

For Anderson, other certification and assessment bodies such as the National Vocational Qualification of Jamaica, administered by the National Council on Technical and Vocational Education and Training (NCTVET), as well as City & Guilds should also be considered.

City & Guilds International Limited has been the largest provider of vocational education across 80 countries for 142 years, while NCTVET programmes form part of a national thrust to revitalise and upgrade technical and vocational education and training to meet current and future national development challenges.

“It is so unfair and unjust,” Anderson said of the annual ranking of schools.

“When students who cannot read are placed at a school and you get those students to start reading, you would have added value to those students, but that is not assessed in the present approach,” he said.

This results, he said, in “demoralised teachers who are at some schools that do not have all the resources”, noting the situation is common in the Caribbean education system.

“Those members of the public who are not aware of these deficiencies within the system will no doubt criticise and label schools, teachers and students, which is unfortunate,” the CUT head said.

“We have to address the systemic problems in the education sector and not just focus on those nuggets of success,” Anderson stressed.