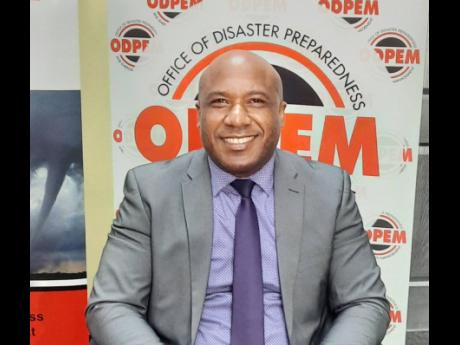 File
Leslie Harrow has departed as director general of the Office of Disaster Preparedness and Emergency Management.

The organisation tasked with managing emergencies and disasters is said to be reeling under the weight of political manipulation, aided and abetted by its board, which is chaired by Joy Douglas.

ODPEM staffers are said to be shocked at Harrow’s letter of denial.

Harrow dismissed claims that he had a disharmonious working relationship with Local Government Desmond McKenzie, among others.

“I wish to make it unequivocally clear to you, the staff at ODPEM, to the local and international partners of the Agency, and indeed to the Jamaican people, that nothing in these stories is true. I have not had any conversations with anyone about my time of service at ODPEM,” his late-afternoon statement said.

Harrow insisted that he was returning to his substantive job at the Electoral Office of Jamaica (EOJ) at the end of a six-month secondment.

“I wish to state publicly that my decision to return to the EOJ has nothing to do with any unhappiness with or interference from the minister, ministry, or the agency, as is being implied and stated,” he added.

McKenzie told The Gleaner on Tuesday that stories of interference were “false”, saying he would never trespass on ODPEM’s operational mandate.

The minister said he would offer a detailed response soon.

ODPEM’s expenditure has come under further scrutiny after it shelled out approximately $1.3 million eight days apart to host consecutive meetings of its board.

“At a time when everybody’s holding meetings of the highest levels on ZOOM, ODPEM board members have held face to face by assembling members at two Kingston hotels,” an insider, who requested anonymity, told The Gleaner on Tuesday.

“There was a period of about six months between September 2020 and February 2021 when no board was in place. It was reinstated between February and March this year. The first meeting was held at ODPEM’s Haining Road headquarters and board meetings are usually held once a month. Consecutive weekly board meetings, as per last Tuesday and today, are anomalies,” said the government source.

The April 27 event was described as a regular board meeting while a retreat was planned for May 4, The Gleaner was informed. Another meeting is reportedly slated for next week.

“It cannot be denied that ODPEM footed the bills of $360,000 for food and venue at one hotel, and today’s meeting of almost $1,000,000 for the same thing at a different hotel,” said the industry source.

Richard Thompson, who has been overlooked for leadership of the organisation, will again act as director general until further notice, a statement from ODPEM said yesterday.

ODPEM’s former Director General Dr Barbara Carby, in a Radio Jamaica interview Tuesday evening, expressed concern that the disaster-relief body has been invisible and muted for some time.

Carby told ‘Beyond the Headlines’ host Dionne Jackson Miller that she expressed concerns over the agency’s apparent silence given the built-in mechanisms for its visibility and messaging. She said the agency ought not to be a government mouthpiece.