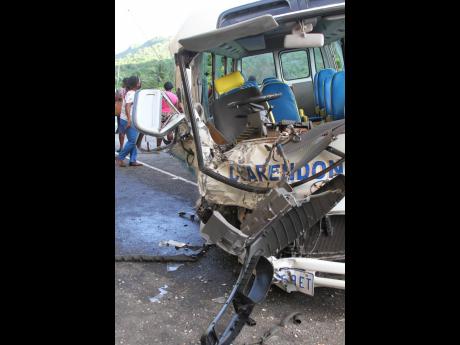 Nathaniel Stewart/Photographer
The wreckage of the Clarendon College school bus driven by Keith Dunkley. He succumbed to crash-related injuries on Wednesday. 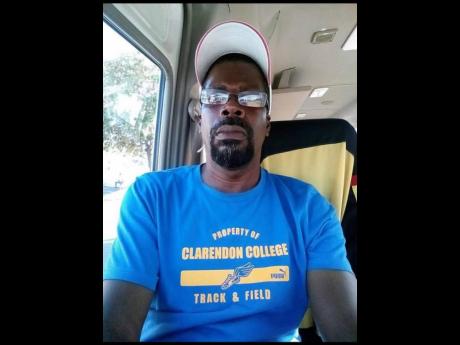 Clarendon College principal David Wilson said he never imagined that his interaction with school bus driver Keith Dunkley on Tuesday evening would have been his last.

In an interview with The Gleaner, he said when he visited Dunkley following the multi-vehicle accident hours earlier, he was lying on a Chapelton hospital bed and was indicating that he felt like he wanted to throw up.

“The nurse asked if he could turn on his side, and at that point, we had to move from his bedside to allow the nurse to sort him out,” Wilson told The Gleaner, adding that he was optimistic that Dunkley, 56, would have pulled through.

“He didn’t seem like someone who would have died. ... He had injuries, but he was getting medical care, and we thought that would have brought him back,” he said, sharing that the entire school community was devastated after getting news of Dunkley’s passing about 12:30 on Wednesday.

Wilson said that he had worked with Dunkley for more than 10 years. Dunkley was trusted by the school community, the principal said.

“I found him to be a caring and compassionate human being. As a driver, you never had to worry about his taking the students from campus and back safely,” Wilson said.

Hershell Brown, councillor for the Chapelton division from which Dunkley hails, described the late bus driver as a “quiet but witty individual with a broad smile”.

Dunkley, he said, never missed an opportunity to lobby for his community of Beckford Kraal, where his family resides.

Police Sergeant Robert Richards, sub-officer in charge of traffic for Clarendon, said that the deadly collision occurred along the New Roads about 3:15 p.m. Tuesday. The crash involved four vehicles – a Ford motor truck and a Toyota Coaster travelling northerly, and a Toyota Probox motor car and Toyota Hiace motor truck heading in the opposite direction.

The Toyota Probox cab driver, 37-year-old Renford ‘Hector’ Mowen, of Ballards River, was flung from the vehicle, succumbing to his injuries.

Dunkley was pinned to the unit and was cut free from the wreckage after firefighters were summoned. He was transported to the May Pen Hospital, where he was admitted and underwent treatment.

Richards used the opportunity to appeal to motorists to negotiate roadways wisely.