US$1.3b in SEZ projects for roll-out 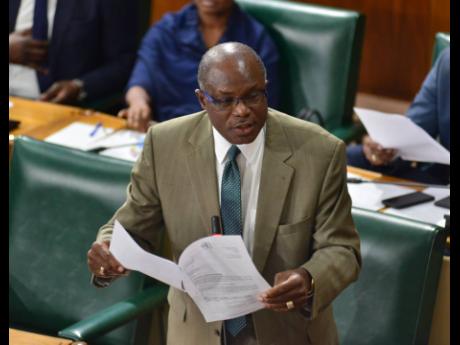 Several projects are to be undertaken by the Special Economic Zone Authority to build out an additional 400 acres of space worth US$1.3 billion.

Construction on these projects is expected to begin during this financial year.

This was announced by Everald Warmington, portfolio minister, as he made his contribution to the Sectoral Debate in the House of Representatives on Wednesday.

Grand Ridge in Montego Bay is to be outfitted with a 65-acre zone with commercial, educational, medical/pharmaceutical and commercial industries.

A 26-acre film studio and post-production facility is to be constructed in Trelawny.

The Seaview Eco-Industrial Park in the Seaview-Riverton area of St Andrew will have approximately 250 acres of mixed-use facilities, data centres, petrochemical, and logistics industries, Warmington announced.

“So it can be seen that this Government is interested in [investing] in every area, whether it is represented by a government member or an opposition member,” Warmington quipped, pointing out that Seaview Gardens is represented by Opposition Member of Parliament Anthony Hylton.

He said that preliminary data shows that after all the current SEZ projects in the pipeline have been processed and approved, the total employment numbers will increase to approximately 65,000.