Ex-bank manager spun a web that entrapped her 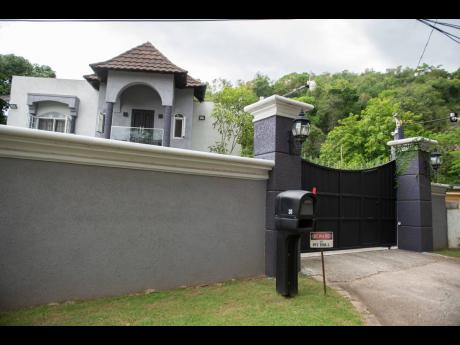 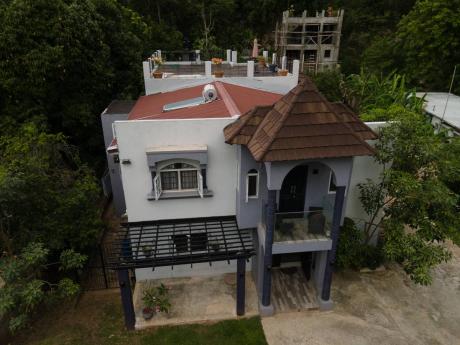 Gladstone Taylor/Multimedia Photo Editor
An aerial photograph of the home of Andrea Gordon. Residents of Havendale say the residence was “a beauty to behold”. 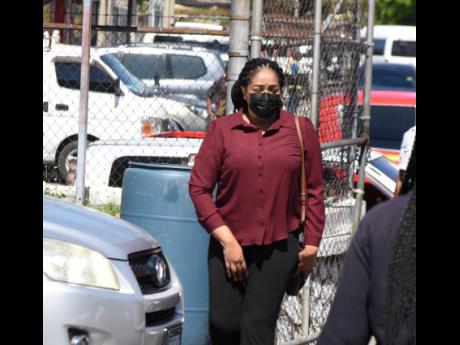 During her hot streak, Andrea Gordon transferred $7,278,234.36 from the accounts of National Commercial Bank (NCB) in four months, from December 2019 to April 2020. And it was that series of transactions that drew heat from the police and bank...

And it was that series of transactions that drew heat from the police and bank authorities as she reportedly fell over a financial precipice trying to maintain payments on her 30 Coolwater Avenue, St Andrew, home.

The Financial Investigations Division (FID) is still combing through information on the ex-NCB manager whose lavish lifestyle was unveiled shortly before she pleaded guilty in the Home Circuit Court on April 30 to swindling more than $34 million, though 282 suspicious transactions totalling $111,262,660.21 were flagged.

Gordon, 52, said that her back was against the wall while effecting renovations on the Coolwater house, as she ran into financial difficulties and “took more money”.

After weaving a web that funnelled funds to the building contractor that he thought were legitimate, she finally spun enough yarn to ultimately entrap herself – with no way out.

Neighbours and construction interests who were recruited by Gordon to transform ‘Project 30 Coolwater Avenue’, as it was dubbed, said the home “was the envy of anyone who saw it”.

“There are other nice and even nicer homes, but where it is was just a beauty to behold,” said a neighbour who requested anonymity.

“... Though it could be fancier, it had that richer-than-the-rest, sophisticated look.”

A workman whose services were employed at the premises said that he was stunned by the apparent conveyor belt of funds that rolled in to effect changes.

“Me keep on a say weh some much money a come from fi do some rearrange work ... Some addition, all over the window, like dem make a house over each window ... ,” said the workman, who requested that his name not be published.

Project Coolwater will be among the suite of assets and cash on the radar of the Asset Recovery Agency, which will take particular interest in identifying various sources of the reclamation of funds under the Proceeds of Crime Act.

Investigations began after the bank received information on June 10, 2020 that Gordon was involved in fraudulent activities. Further probes traced embezzlement to as early as 2017.

She was charged with three counts of larceny as a servant and four counts of Cybercrimes Act breaches.

Documents obtained by The Gleaner revealed that Brown, who was the sixth owner of the Coolwater premises, bought the house on May 1, 2014, for roughly $19 million under mortgages secured through her then employers, NCB, at $12,112,363.12.

Work on the development at the back of the property has paused.

Gordon’s son Odain Ffrench and her spouse, Lloyd Ffrench, are both charged in connection with the multimillion-dollar fraud.

The bank reported that Gordon, through a unique user name and password in her capacity as manager, posted approximately 282 suspicious transactions totalling $111,262,660.21.

In relation to the house in question, five transactions totalling $24,522,217.47 were transferred from the bank’s accounts to the contractor.

The construction expert told investigators that he theorised that a loan was obtained from the bank to underwrite the project. Gordon, whom the contractor knew well, would benefit from a contractor’s discount, the building professional told The Gleaner.

Residents of Havendale said that nothing piqued their suspicion until police swarmed 30 Coolwater in the summer of 2020.

“When I saw the police over there last year, I said something not right. Then as a neighbourhood, you start to monitor happenings based and what was made public,” a neighbour said.

“After a few nights, nobody was there. Yes, she was in custody, but the others basically vacated, even if it was for some time. ... It must be embarrassing for them.”

Garth Williams, communications specialist at FID, in explaining the forfeiture process, said the money trail was being vigorously followed after conviction.

“The forfeiture charges are laid after you get the criminal conviction and what happens is that our team of forensic examiners and accountants would take a look at all the evidence presented in terms of the transactions - following the money, really,” said Williams.

“Based on that, they will prepare a case for our prosecutors to put to the court based on findings.”

Williams, while not specifically speaking to Gordon’s case, said: “For example, $100,000 was taken from such and such account, it was used to make a purchase or transferred to this other person or entity. We follow the money trail and make a recommendation on what should be forfeited in terms of the amount, or properties, or whatever.”