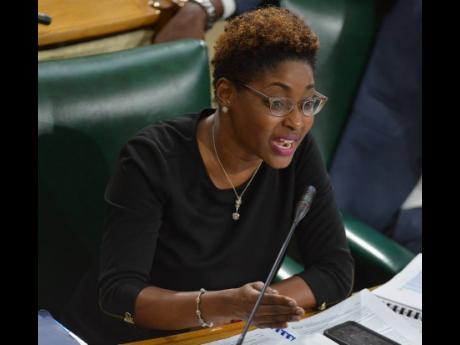 The internal audit unit of the Ministry of Finance and the Public Service has admitted to errors in a report of the Auditor General’s Department (AuGD) which was tabled in Parliament in April.

In a letter to members of Parliament’s Public Accounts Committee (PAC), which is now reviewing the findings of the internal audit, ministry auditors said that they were in agreement “that the auditor general’s management response was not accurately represented” on its analysis of travelling allowances.

In correcting the error to Parliament, the Ministry of Finance confirmed that “the auditor general does have a travel register and that it was sent electronically to Suzette Hamilton for scrutiny.

In the tabled audit report, the ministry had stated that the AuGD did not maintain a travel register in the form prescribed by the Financial Administration and Audit Act, Financial Instructions, 2017.

The internal audit unit of the finance ministry also conceded that it misrepresented the auditor general’s management response in relation to salary payments.

Auditor General Pamela Monroe Ellis told members of the PAC on Tuesday that her department did not get the opportunity to respond to the final audit report.

However, Richard Dillion, chief internal auditor of the Ministry of Finance and the Public Service, said that a draft report was presented to the auditor general and an exit interview was done with a team from the AuGD.

But Monroe Ellis explained that her department provided a preliminary response to the Ministry of Finance’s audit.

The auditor general said that she was anticipating that when the preliminary response was provided, the chief internal auditor at the finance ministry would assess those responses.

“We did not know the auditor’s position on our response, so what you will see in the prompt that I have provided is that there are differences with what was initially reported and what should have been reported and updated information obtained,” she said.

Before the AuGD sends a report to Parliament for tabling, government agencies and departments are given the opportunity to review the final report to indicate whether they accept the findings.

Chairman of the PAC, Julian Robinson, said that the AuGD should have been given the opportunity to see what was being tabled.

However, Monroe Ellis pointed out that on January 28, the chief internal auditor at the finance ministry submitted the report along with the Cabinet Note and the cover letter from the minister of finance dated November 20, 2020, with the advice that it had been tabled.

Monroe Ellis told the committee that at a meeting with the financial secretary and the auditors from the Ministry of Finance, her department was given the assurance that in future she would get an opportunity to review the internal auditors’ assessment of “our response”.

Committee member Heroy Clarke wanted to know if the auditor general had raised concern when she saw the draft report.

“We provided a response to the draft. We did not get an opportunity to see the internal auditor’s assessment of that draft so we would not have known that there are two responses attributed to us that were not in keeping with what we said,” she responded.