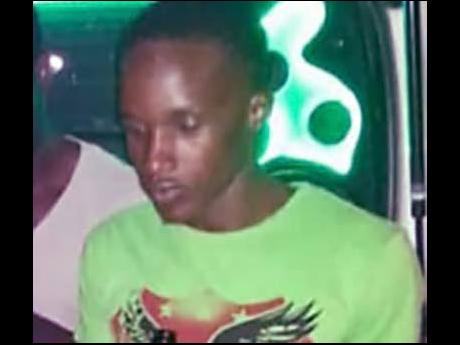 A 28-year-old businessman, who allegedly shot and killed 27-year-old pool attendant Kimmorlay Anthony Forbes on Sunday night while they were having drinks on the compound of the Spicy Hill Farm in All-Side, Trelawny, has been charged with murder.

David Lee was charged yesterday following a question-and-answer session conducted by the police in the presence of his lawyer.

Dalton Forbes, the father of the deceased man, who was among upset community members calling for justice on Monday, was pleased with the development when informed that Lee, the manager of the family-owned Spicy Hill Farm, was charged.

“I was a little worried that the police was taking too long to take actions against the [accused] killer,” said Forbes, who admitted that his son and Lee were very good friends. “I hope he gets life in prison.”

According to reports from the police, about 5:30 p.m. on Sunday, Lee invited Forbes and two of his cousins to the Spicy Hill Farm compound for drinks.

The four men were reportedly drinking and talking, when Lee started to act in a strange manner and allegedly used his hand to shove Forbes, his best friend, in his face.

Forbes reportedly stood his ground, and Lee pulled his licensed firearm and pointed it in the direction of one of Forbes’ cousins.

Lee then reportedly turned towards Forbes, pointed the weapon at him, and opened fire multiple times, hitting Forbes all over his body. His frightened cousins fled the scene.

When the police arrived at the location, Forbes was found in a pool of blood on the ground with the cup he had been drinking from still in his hand. He was rushed to the hospital, where he was pronounced dead.

The police subsequently found Lee sitting inside his house. He was taken into custody and his firearm seized.