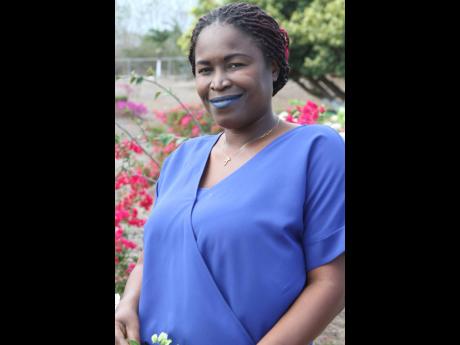 Nathaniel Stewart/Photographer
Pastor Tanyalee Williams, who also serves as a councillor in the Clarendon Municipal Corporation, is encouraging parents not to turn their backs on their pregnant teen daughters. 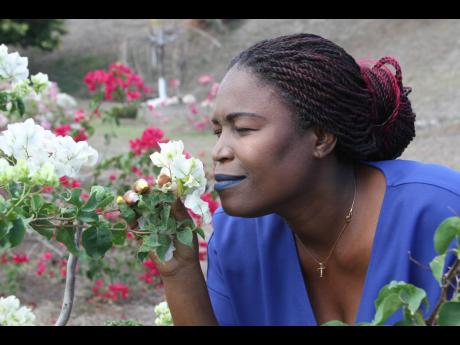 Nathaniel Stewart/Photographer
Tanyalee Williams is now in the process of forming The Voice Foundation to help teen moms.
1
2

Most persons know Tanyalee Williams as councillor for the May Pen North Division in Clarendon, but not many know that she is an ordained minister, a proud grandma, and was a high school dropout. In a one-on-one with The Gleaner, Williams shared how...

Most persons know Tanyalee Williams as councillor for the May Pen North Division in Clarendon, but not many know that she is an ordained minister, a proud grandma, and was a high school dropout.

In a one-on-one with The Gleaner, Williams shared how she got back on her feet after getting pregnant in fifth form and had to drop out of school.

Filled with dreams of being an accountant, she had to settle for revising her notes at home and then returning to school to sit her Caribbean Secondary Education Certificate (CSEC) exams.

“I had my son, and two weeks after, I had to go back to do my subjects. So just having a baby, your friends are in high school and you have to go and see them. I was shy and I was wondering what they were gonna do,” Williams shared, adding that she was afraid they would jeer at her.

She was relieved when they expressed happiness in seeing her.

Williams, who has nothing but praise for her parents, said after exam results came out, her parents made it known that her studies would continue.

“You not staying home. I’m not gonna allow you to waste [your life],” she recalled her dad saying, with her mom adding, “You going back to school.”

She then enrolled at Knox Community College, where she did more CSEC subjects and started pre-university.

Support also came from her now-deceased aunt, who kept her son while she attended classes.

Williams, who also has a 13-year-old daughter, said she can’t imagine where her life would be today had it not been for supportive parents. It is for that reason that she is now imploring parents not to give up on their pregnant teen daughters.

“I had my son, who celebrated his 28th birthday today (May 11), and my parents sent me back to school. My life didn’t stop there, and I would like to say to mothers, ‘If your child has made a mistake, do not throw your hands in the air. I implore you to sit with them, talk to them, encourage them, be that support system for your children’,” she shared, adding that failure to do this could see that child bringing another unplanned child into the world.

With a passion to make a difference in the lives of teenage mothers, Williams is now in the process of forming The Voice Foundation to help teen moms.

“I just don’t want them to get back into school. I want to nurture them. I want them to be mentored and to learn life skills of how to take care of themselves and how to really mother that child,” Williams stressed.

The Voice Foundation, she said, will also focus on young boys and girls who are talented in sports who are having challenges going to school and also on helping the elderly to overcome some of their challenges.

A minister as well as a politician, Williams believes that Christians should be more involved in politics.

“I am now forced to make a change. I am now being positioned. When you look at Esther in the Bible, she was positioned at the helm. She was able to sit with the king to make changes for the nation, so now that I am placed in the position where we are nation builders, I am here to make a difference in the lives of the people that I serve,” she said.