After losing 11 friends to COVID, 77-y-o is biggest fan of vaccine 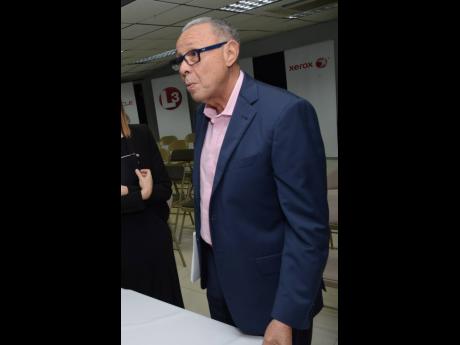 A 77-year-old man who has lost 11 friends and his personal doctor to COVID-19 is appealing to Jamaicans who have taken their first jab to return for the critical second dose as health officials say the UK variant is the most dominant in the island.

Patrick Scott, chairman and CEO of Facey Commodity Company Limited, who completed his inoculation on Wednesday, urged fellow citizens to build their immunity against the deadly virus “because there is no big thing to it (the vaccine)”.

“One of my best friends, who I played on the Manning Cup team with at Wolmer’s Boys’ School, died and that was a tremendous blow to me,” Scott told The Gleaner, adding that most of the people he knew who died of the illness were in his age group.

Speaking with conviction of not experiencing any side effects from the AstraZeneca shots administered to him, Scott made reference to the polio outbreak that he witnessed during his childhood and the many people who he played football with being paralysed by the disease.

In an appeal to Jamaicans to take the shots, he said those who were paralysed didn’t have access to a vaccine.

Scott was one of two persons to receive the second dose to tell their stories at the Ministry of Health and Wellness’ COVID Conversations Thursday evening.

Some 40,000 people are expected to receive their second jab in the month of May, on the road to the ministry’s goal of inoculating 1.92 million Jamaicans by next March. So far, eight per cent of the population has received at least one shot.

But the health ministry has had to be fighting hesitancy, anti-vaxxers, and misinformation as even members of vulnerable groups shy away from being vaccinated. In fact, some 30 per cent of the country’s elderly are yet to receive a shot, family heath physician Dr Melody Ennis stated, anxious to see the race to 70-80 per cent of the population accepting the doses becoming a reality.

Noting that after 120 days of receiving the first jab, the potency will be reduced significantly, she said it was absolutely fundamental to reinforce that full protection comes after the second dose, and even then, the vaccine does not stop one from getting the virus.

However, the second jab was even more important because it allows the body to build the memory cells, she emphasised.

In the meantime, the curfew restrictions have resulted in a reduction in the reproductive rate, says epidemiologist Dr Karen Webster Kerr.

She noted that hospitalisations were going down, noting that the country cannot afford a third wave.