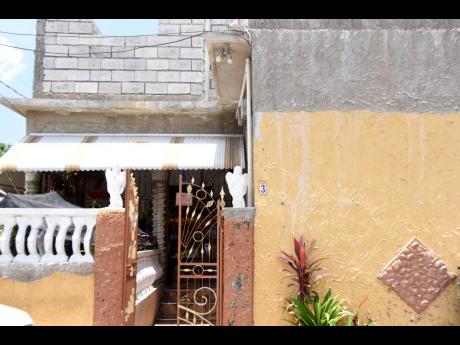 Kenyon Hemans/Photographer
The humble headquarters of Rahim’s Cleaning and Trucking Ltd at 3 Smith Street in Woodford Park, Kingston. The company is under scrutiny over a multimillion-dollar cleaning contract in St Ann.

An audit conducted into the $46.8-million government contract awarded to Rahim’s Cleaning and Trucking Limited to sanitise and clean eight locations in Ocho Rios, St Ann, has unearthed worrying findings, including exorbitant pricing costs and...

An audit conducted into the $46.8-million government contract awarded to Rahim’s Cleaning and Trucking Limited to sanitise and clean eight locations in Ocho Rios, St Ann, has unearthed worrying findings, including exorbitant pricing costs and alleged collusion between personnel at the St Ann Municipal Corporation and the contracted entity.

There was a huge disparity in the proposed estimate sent by the St Ann Municipal Corporation to the Tourism Enhancement Fund (TEF) for the sanitisation of St Ann’s Bay, Discovery Bay, and Brown’s Town when compared with the cost of sanitising Ocho Rios.

The proposed cost for the three towns was $16.4 million, around one-third the cost for Ocho Rios.

Through an Access to Information request, The Gleaner obtained a copy of an audit of the contract conducted by the chief internal auditor at the Ministry of Local Government and Rural Development.

The audit stated that sufficient evidence was not provided to validate the payment for sanitisation and cleaning amounting to $46.8 million, which was financed by the TEF.

The audit also claimed that the Ocho Rios cost “seems exorbitant as only one vehicle was used to sanitise and clean the town”.

According to the report, the time taken to complete the project was not stated by the municipality.

A major finding of the audit was that the standard bidding document of the sole source contractor, Rahim’s Cleaning and Trucking Limited, had the exact figures of the St Ann Municipal Corporation’s in-house estimate.

Charging that the procurement process lacked transparency, the auditor concluded that the “Government of Jamaica Procurement Guidelines regarding contracting under emergency circumstances was compromised as the suppliers’ standard bidding document was the same as the comparable estimate of the corporation. This suggests collusion”.

The Gleaner sought, without success, comment on Thursday on the allegation of collusion between the contractor, Rahim Walker, and personnel at the St Ann Municipal Corporation.

When contacted on Thursday, Walker said he could not speak at the moment but that he would be available in the next five minutes. Five subsequent calls to his phone went unanswered, and there was no response to a voicemail message.

Damion Shirley, who is listed as a shareholder of Rahim’s Cleaning and Trucking Limited, said, “I don’t wish to talk right now.” Pressed for comment, he insisted that he had nothing to say at this time.

The ministry’s chief internal auditor was also seemingly perplexed in trying to understand the mathematical formula used in calculating the rates for the sanitisation.

The auditor said that she was unable to ascertain the basis on which the rates were arrived at by the engineering department of the St Ann Municipal Corporation as “guesstimates” were used instead of methodical calculations.

The guesstimates were borne out in specific scenarios the auditor cited in her report.

Another crucial finding of the auditor was that the agreement or specification of work to be performed lacked precise measurements or required quantities. This finding is at variance with comments made by officials of the St Ann Municipal Corporation who appeared before the Public Administration and Appropriations Committee on June 3 to answer questions about the contract.

Xavier Munroe, who appeared then as deputy chief executive officer of the corporation, insisted that the municipality had calculated the cost of the chemical and the estimated sum for various aspects of the contract.

“So we had an idea of what it would cost for material, chemicals, equipment used, and the labour factor,” the deputy CEO said.

“In order to reach the amount on the estimate, we did a calculation of what is the cost of the chemical, the amount of chemical to be applied per square metre, and the area of that particular location,” he added.

The audit concluded that the total areas sanitised and cleaned could not be ascertained as supporting documents such as pictures had no label of, or measurement of, areas to which the service was provided for clarity and cross-referencing.

The auditor also pointed out that although the “receipting and lodgement process was not breached, the system-generated monthly report for April 2020 was not free from material misstatements as the amount of $46,851,105.30 was not reflected on the monthly statement for April 2020”.

Rahim’s Cleaning and Trucking Limited entered into a contract with the St Ann Municipal Corporation on March 26, 2020, to carry out sanitisation works in Ocho Rios after the first case of COVID-19 was registered in Jamaica mid-month.