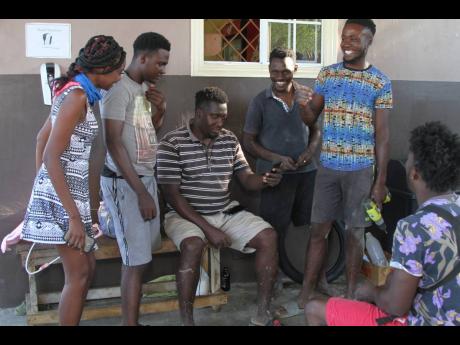 Nathaniel Stewart
Mortel Pinnock (seated at centre) is surrounded by a group of young people at his business place in Wood Hall, Clarendon. Pinnock is the joint owner of a car wash and employs eight young people from the community. 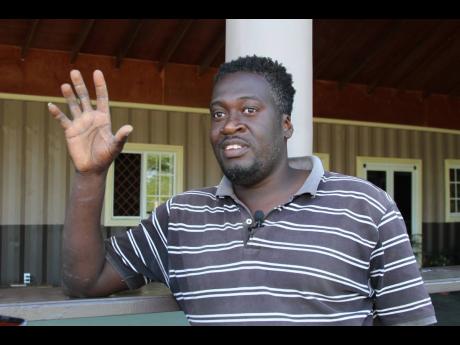 Wood Hall resident and businessman Mortel Pinnock does not think of himself as a community leader. In his own words, Pinnock says he just loves his community.

That love has driven him to touch the lives of young people and others who benefit from his mentorship.

Pinnock, who along with two overseas partners operates a car wash, told The Gleaner that his vision has always been to do something for the youth in the community.

Commenting on his desire to make a difference, he said growing up in the area he had a first-hand view of the lack of progress being faced by residents.

“Year after year things stagnant. There is nothing for the youth, no development that would really benefit them and I always had this dream that I want to make a difference,” he shared.

As a young man, Pinnock said he held the position of treasurer of a youth club and was actively involved in community development.

Part of his involvement in the lives of the young people in the community is a summer six-a-side football competition, which Pinnock took over when the original conceptualiser migrated and no one stepped forward to take up the mantle.

Apart from his mentorship role, the businessman has employed eight persons from the community.

Emphasising his keen interest in seeing young people excel, Pinnock said he uses football as well as other activities to connect with them.

He told The Gleaner that his mentees show appreciation for his effort and have nicknamed him ‘Mr Wood Hall’. “I tell them to call me by my regular name, but that alone speaks for itself,” he said.

Pinnock had words of advice for other community leaders: “You have to love your community, if I listen to what people say about my community, I wouldn’t be doing half the stuff. It’s the love that I have for this community and I really want to leave a legacy.”