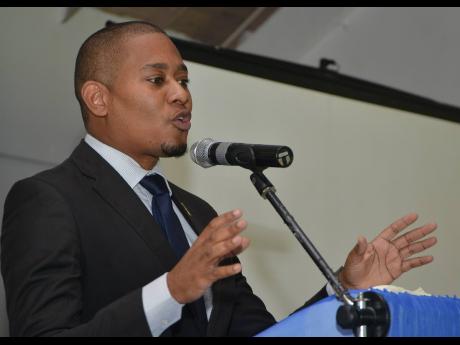 The Ministry of Agriculture and Fisheries will be issuing quota licences to industrial fishers to meet its total target of 30 metric tonnes of sea cucumber for the export market when the season opens on September 1 this year.

Concerns have been raised by some marine scientists and other interest groups following Minister of Agriculture and Fisheries Floyd Green’s announcement that Jamaica would be looking to tap into the lucrative US$30 million export market. The minister’s comments came during his contribution to the Sectoral Debate on Wednesday.

The East Asian market in which the dried marine delicacy fetches as much as US$385 a kilogram is the target market.

However, Gavin Bellamy, chief executive officer (CEO) of the National Fisheries Authority, said on Thursday that the decision to open a limited entry commercial market was informed by a number of surveys which had shown the sea cucumber population was not in any immediate danger of being overfished. He was addressing journalists during a post-Sectoral Debate virtual press briefing.

The 30 tonnes of sea cucumber would be fished over three years, after which further assessment would be done of the island shelf as well as the Pedro Bank, to determine its continued viability.

Green told Parliament that the ministry was well aware of the demand for other marine species in Jamaican waters, such as pelagic species of tuna, glass eel, crabs and oysters and the thrust to exploit these in a sustainable way.

“A robust programme of work is being undertaken to prepare Jamaica’s fishers through strategies of marine culture, partnerships in investments, fishing for pelagic species and structured development in the management and exploitation of these species,” Green said.

For this reason, Jamaica is actively seeking to become a member of the International Commission for the Conservation of Atlantic Tuna to pave the way for it to be able to not only fish for local consumption, but also to export highly restricted tuna species.

“As we provide incentives and support the expansion of the new fisheries, we are mindful of the potential negative impact on sustainability,” Green assured his audience.