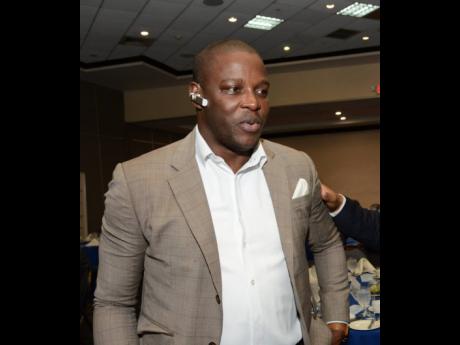 The Internet connectivity issues bedevilling rural and underserved communities could have been lessened if the Universal Service Fund (USF) had stuck more closely to its mandate of building out information and communication technologies (ICT)...

The Internet connectivity issues bedevilling rural and underserved communities could have been lessened if the Universal Service Fund (USF) had stuck more closely to its mandate of building out information and communication technologies (ICT) infrastructure in these areas, FLOW Jamaica’s country manager, Stephen Price, has suggested.

The shift in the fund’s mandate to “other value-added activities” has contributed to the still-wide gap in the digital divide for Jamaicans and exacerbated the telecoms issues from the unprecedented demand from online school and work-from-home arrangements since the start of the COVID-19 pandemic, Price told The Sunday Gleaner.

He said that while there are benefits to that, “the substantive issue is that there is still a lot of work to be done to bridge the digital divide”.

“The pandemic has highlighted the fact that the focus should have been kept on building out that infrastructure access, which is now required to meet the current demands across the country,” Price said.

The state agency may have misread the penetration of mobile coverage as an indication that the country was managing, he said.

“Access is fairly ubiquitous on the mobile side. FLOW, for example, has 96.4 per cent LTE population coverage. So, Jamaica’s overall mobile access may have created the perception that we had true universal access,” Price reasoned.

Noting that the telecoms providers have, over the years, paid billions in taxes into the fund, Price said a greater level of benefit was expected.

“But we are where we are [and] what we want to do is move from here to see exactly how [FLOW] can help Jamaica,” Price said when asked why Jamaica’s telecoms infrastructure was found lacking at the onset of the pandemic.

When contacted, USF CEO Daniel Dawes defended the fund, saying that it has invested approximately $14 billion in Jamaica’s ICT Infrastructure.

He told The Sunday Gleaner that the USF has also seen to “the provision of funding and ICT devices to government entities such as the Ministry of Health, the Ministry of Labour and the University Hospital of the West Indies, among other entities”.

Price said that FLOW would like to see more public-private partnerships aimed at “… truly progress[ing] Jamaica’s ICT agenda”, noting that over the years, the company has made investments in sections of the island based on the possible return on investments.

“The challenge we have as a nation [is that] we have to look at the fundamentals,” he said, noting the need for greater support from the USF for unserved and underserved areas.

FLOW has had its footprints in the development of the local telecoms sector for more than 150 years. Digicel, its main competitor, has been in the market for two decades and boasts the lion’s share of the mobile market with just over two million customers. FLOW serves just over a million, having clawed back 50 per cent of the customers it lost at the onset of the pandemic, Price said.

The company has significantly ramped up its network expansion programme in response to the demand brought by the pandemic, and the need for more spectrum is also a concern, Price told The Sunday Gleaner.

“Our fixed network currently passes approximately 640,000 households across the country – which means that they have access to fixed voice, Internet and, in most instances, cable TV services,” Price said. “If we didn’t invest, we could have toppled our own network. We had to bring forward a number of investments that we had planned and speed up those investments to between April and August [last year].”

FLOW also built some 100 new cell sites last year to expand LTE mobile coverage to 96.4 per cent of the population.

“Plus, we added 70,000 homes and 5,000 businesses, which was really a powerful move from our perspective,” Price said.

Over the past year, the COVID-19 pandemic has added increased load to the company’s network, with schools moving online and many companies putting in place work-from-home arrangements.

“The immediate impact was a 57 per cent increase in network traffic, which was unbelievable. In addition to that network traffic, what also happened was that everybody moved into more video content, for example, entertainment consumption with Netflix, and meetings and school with Zoom, Google Meets and WhatsApp video, and these hog a lot more data,” Price said of the demand.

“There are complaints in the space that there is insufficient broadband connectivity or coverage for homes, and that we can admit,” Price said, noting that the issue was not unique to Jamaica.

“Nobody expected that the entire commerce of the world could move from a structured set of offices to homes. What people don’t necessarily understand is that corporate customers have structured packages dedicated to Internet access, which gives them the capacity they need to run their businesses. But when you switch to working from home, we move all of that traffic to a residential-shared network and it’s not designed for that,” the country manager explained.

Globally, content providers such as Netflix and YouTube have adjusted their video output to further ease the demand on networks.

“COVID-19 has doubled the demand for data and we’ve continued to respond in terms of that. [But] what it showed us is that we had a network that was taking on [the type] of growth that we weren’t forecasting to meet until later this year, happening in two to three weeks. So, we had to expand our off-island capacity into the country by 20GB and we have been expanding [our capacity] every quarter since,” he said.

‘We were quite fortunate last year’

The company took a beating when its tourism-based and some corporate clients shuttered their operations due to coronavirus restrictions.

“All our enterprise customers – the villas, large and boutique hotels – closed and we had to work with those customers. We had to write off a lot of the debt of those companies. That segment represents a significant part of our revenue in terms of business to business,” he said.

The company was, however, able to ride the tide and recoup some of the lost revenue, Price said, while declining to give greater details on this or future plans for growth.

“We were quite fortunate last year. We grew year-on-year from 2019 to 2020, even though we lost a ton in terms of small businesses, the hospitality and BPO sector closing. While those revenues fell initially, towards the latter part of the year, they started to pick back up. We are still not where we need to be, but we have been fortunate,” he said.

Despite the challenges, the company was also able to keep “every single employee in a job, no matter their role, even those through third-party contractors”, the country manager said of his 3,000-member team.

Four years ago, the company also “drew the line in the sand” regarding its older copper technology and has been replacing these cables with fibre technology to “create access for underserved homes”, which it sees as “key towards continuing our growth”, Price said.

“Anything that we built or replaced, we did so with fibre,” he said, noting a US$65-million spend on capital investments.

“Over the past three years, we have averaged US$60 million in terms of investment in the network. For 2018 to 2020, we spent some $180 million on mobile technology, which is the core, in terms of switching and upgrades, new cell sites and transitioning the entire network from 3G to LTE and now LTE Advance,” he said, adding the company is continuing the investment in adding fibre on additional routes.

Price said the company plans to continue its expansion of LTE capacity this year “because it is the most affordable way for most people in inner-city and rural areas to get connectivity”.