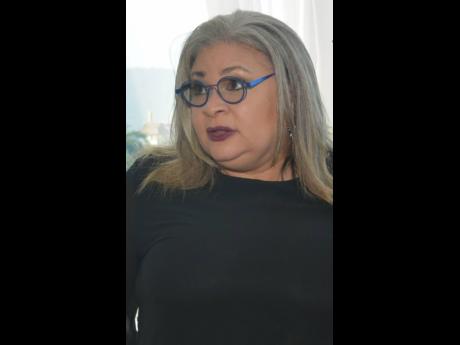 Local telecoms providers could soon know if they will be getting the additional spectrum they seek as the Spectrum Management Authority (SMA) will make its recommendation to Technology Minister Daryl Vaz in a matter of weeks.

SMA Managing Director Dr Maria Myers-Hamilton told The Sunday Gleaner that the agency should be wrapping up its due diligence in short order as the telecoms companies press for additional spectrum to meet a surge in demand brought by online schooling and work-from-home arrangements due to the pandemic.

“A full analysis of the application has to be done. The fact is, yes, there is a deficit in terms of the spectrum and, yes, we recognise it, and we are working in a collaborative mode with all stakeholders to ensure we get a win-win,” she said.

Both Digicel and FLOW applied for additional spectrum in April.

“Both parties have come to us and have identified that there are gaps in their network, and they have made applications which we are looking at and we are working through it with them,” Myers-Hamilton said. “We will make a recommendation to ministry within this month and then the turnaround from ministry is usually fairly quick. So, I anticipate this in another three to four weeks.”

With increased pressure on the networks due to schools moving online and some firms putting in place work-from-home arrangements, the Government provided a temporary assignment of spectrum to both mobile telecoms operators last year.

However, while noting their gratitude for the allowance, Digicel CEO Jabbor Kayumov and FLOW Jamaica Country Manager Stephen Price have noted the need for more spectrum allocation to meet market needs.

“We are serving over two million [customers]. If we get additional spectrum, we can definitely increase the capacity and provide better quality for customers. Those who have been struggling with speed and capacity – the rural areas – would get an immediate fix,” Kayumov told The Sunday Gleaner.

Previously, the configuration of the network of the providers saw a heavy focus on voice, “but with the pandemic, there has been a shift from voice to broadband so now the telecoms are moving towards that topology, hence their need for increased spectrum to serve the demand”, she said.

Meanwhile, a new player may be entering the telecommunications market soon.

The SMA advertised the auction of 700MHz frequency in February to provide 4G Internet across rural communities. The winning applicant will be required to spend more than US$15 million, or upwards of J$2.25 billion, to build out the infrastructure, according to the bid documents.

The Government is relying on that process to expand broadband access into far-flung communities.

Neither of the two major players tendered a bid for this frequency, Myers-Hamilton said, but “the good news is that the auction was successful and we now have in front of the minister a recommendation for a possible third player in the market”.

Last year, former Technology Minister Phillip Paulwell urged the Government to consider applications for another fibre-optic licence to generate greater competition, which, he insisted, is needed to improve service standards and to drive down costs.