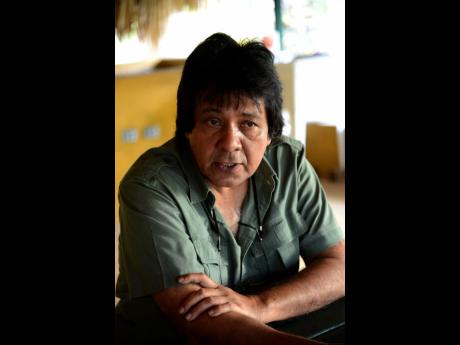 File
Kenneth Benjamin, chairman of the Bustamante Hospital for Children. 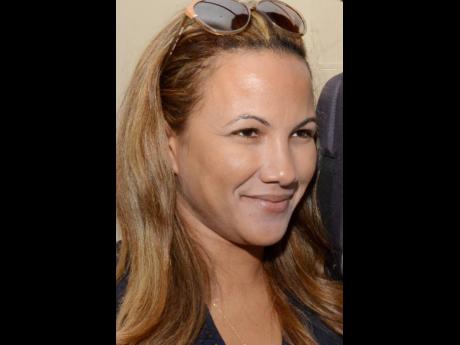 File
Rebecca Packer of the Shaggy Make a Difference Foundation.
1
2

A provision in Jamaica’s charity laws has left the $100 million raised three years ago through the Shaggy & Friends Concert in limbo.

The 2018 event, which featured several top international stars, was used to solicit donations to purchase beds for the intensive care unit (ICU) at the Bustamante Hospital for Children.

Since then, however, the money has been sitting in an interest-generating bank account because the hospital, at the time, did not have the space to accommodate the ICU beds, according to the Shaggy Make a Difference Foundation (SMADF), the charity operated by Jamaica’s Grammy Award-winning recording star Orville ‘Shaggy’ Burrell and his wife, Rebecca Packer.

The biennial concert is the main source of funding for the SMADF.

The Charity Act was invoked amid claims by Kenneth Benjamin, chairman of Bustamante Hospital, that there was a “commitment” by the SMADF to use the $100 million to purchase equipment for a yet-to-be constructed ward there.

A new facility to house parents waiting for their children to get treatment will also be constructed as part of the project being undertaken with the National Health Fund, Benjamin disclosed.

The architectural plans, he said, have been completed and submitted to building authorities for approval.

“So, Shaggy’s foundation has decided that they are gonna keep that money and then as soon as the buildings are finished, they will procure all the things we need or give us the money to procure them,” Benjamin said of the commitment given last year.

“Shaggy Foundation members were present [during the meeting] and we had a long discussion and decided this is the way to go,” he added during an interview with The Sunday Gleaner last Thursday.

But Packer insisted that no such commitment was given.

Noting that “a lot of families” donated to the Shaggy & Friends Concert because the proceeds were earmarked for the Bustamante Hospital ICU, Packer said it was made clear to Bustamante Hospital administrators that using the funds for another cause would go against the provisions of the Charity Act.

“Our commitment remains that the money was raised to equip an ICU with five beds and that’s where the money needs to go, towards equipment for an ICU,” said Packer.

Benjamin admitted, during a second interview on Friday, that following the commitment, the Shaggy Foundation did communicate this position to administrators at Bustamante Hospital, who did not pass the information on to him.

Notwithstanding, he indicated that the Bustamante Hospital will make a formal request for a change of use for the funds so it can be used to purchase equipment for the proposed new wards.

“It’s equipment for the same cause, same hospital, same everything. I don’t think they will have much of a problem,” Benjamin said.

The SMADF was incorporated as a limited liability entity in 2008 with “charitable services” listed as its main function and became subject to the provisions of the Charity Act on February 18 last year, when it was registered with the Department of Cooperatives and Friendly Societies (DCFS), checks by The Sunday Gleaner have confirmed.

The DCFS is the regulator for charitable organisations in Jamaica.

Section 30 of the legislation bars charitable organisations from diverting donations made for specific causes to other purposes.

The legislation also requires charities to submit annual reports and audited financial statements to the DCFS.

Errol Gallimore, registrar at the DCFS, revealed that his office raised “some concerns” with the SMADF, even as he acknowledged that his agency had no regulatory authority over the foundation for the period in which the $100 million was collected.

Gallimore said based on media reports around the issue, the DCFS wanted to be assured about the intended use of the funds.

“We wanted to find out what is it that was promised and what is going to happen,” he said.

However, Gallimore said information provided by the Shaggy Foundation and checks conducted by his office have confirmed that the $100 million remains available and will be used for the intended purpose.

“I’m tired of the money sitting there in limbo. It’s time it be put to use,” Packer said when asked about the immediate future of the funds. “I would love it to be used as soon as possible. It’s of no use to anyone sitting there in a bank account and that’s disheartening.”

Benjamin said the last financial statement he saw a year ago showed that interest of approximately $12 million has been earned on the $100 million being held at a local commercial bank.

He said his understanding, based on discussion with the Shaggy Foundation, is that the interest will be turned over to the hospital.

However, Packer said the interest belongs to the foundation.