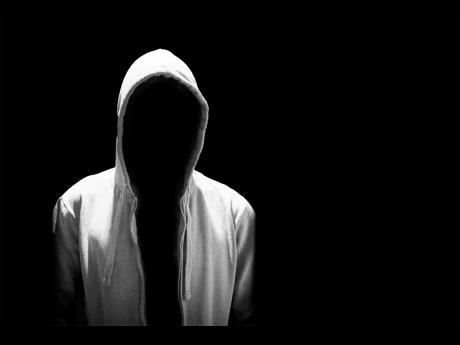 After the father of her child moved out of her home in August Town in April 2019, Brittany Burke* changed all her locks. Not even her mother, who lives in the same yard, had a key. But since then, she has been haunted by an obsessive stalker who...

After the father of her child moved out of her home in August Town in April 2019, Brittany Burke* changed all her locks. Not even her mother, who lives in the same yard, had a key.

But since then, she has been haunted by an obsessive stalker who has allegedly broken into her home at least three times.

“It’s like a Lifetime movie,” said the 38-year-old, who said her life has been a living hell for the past two years.

“A night-time when me a go in, you can hear me a lock up like prisoner,” she told The Gleaner.

The security concerns shared by Burke converge with the narrative of several women who live in the shadow of stalkers. Some of those cases have turned bloody and deadly, with the latest being the stabbing ambush of a 14-year-old girl in Naseberry Grove, St Catherine, allegedly by a 20-year-old stung by her attempts, according to family, to end a relationship.

But Burke is determined that she will not flee her home out of fear.

She retraced her ordeal to attempts, as general secretary of a community development association, to assist the accused with obtaining a tax registration number and other documents when he was released from prison five years after being incarcerated at age 18.

Stained by his criminal record, the ex-con received a helping hand, including an income-generation opportunity raising chickens.

Burke said that she ended the friendship when the man she sought to help wanted more.

That resistance spawned a near-ceaseless string of calls to her cell phone and workstation and even break-ins.

She said her house was burgled three Mondays ago, with no reported signs of forced entry. She got up for a third time that night to see her door half open.

“I got up two times to use the bathroom and mi a say mi sure it did lock. Mi stand up for good couple minutes a wonder how the door open,” she told The Gleaner.

Her confusion was heightened later that day when she got a call from her alleged stalker, on a private number, describing what she wore that night.

“Him don’t know about my little niece that was there with me, so him asked me who was that little girl sleeping with me ... and how I usually sleep on the left side and that night I was sleeping on the right,” she told The Gleaner.

Burke’s torment is exacerbated by the absence of specific legislation against stalking, which Justice Minister Delroy Chuck said he “strongly believes should be an offence”.

That threat can transcend physical presence, as evidenced by the allegations by Foreign Affairs Minister Kamina Johnson Smith’s claims that then counterpart senator, A.J. Nicholson, engaged in a email dispatches over a four-year period referencing rape that caused her to report the matter to the police.

Johnson Smith said last Friday that Nicholson and his People’s National Party should disclose the emails.

But the retired senator has rejected Johnson Smith’s accusations as false, insisting that the onus is on her to present evidence of her claims.

Burke, who has made several reports to the August Town Police Station – receipts that The Gleaner has seen – said the police have generally been very nonchalant about the break-ins, failing to quickly conduct investigations.

“Even the police accusing me of being in a relationship with him and everything him do to me, him turn it round and say I am doing it to him,” she said in a hoarse voice after bouts of crying.

Inspector Stephen Taylor, who was recently assigned to the August Town Police Station, said he was made aware of the allegations from Burke and residents who accuse her of being in a relationship with her stalker.

But Taylor said that that claim was no basis to justify stalking Burke.

“Even if they were in a relationship, he doesn’t have a right to be antagonising the lady,” he said, giving the assurance that the matter was now in his hands.

The accused stalker was arrested and charged in early May for breaking and entering. He has received bail and is scheduled to appear in court on May 27.

Senior Superintendent Stephanie Lindsay, who heads the Jamaica Constabulary Force’s information arm, advised that stalking, in and of itself, was not an arrestable offence but urged women to seek a restraining order or threat summons. That legal option gives powers of arrest if orders are breached.

Lindsay acknowledged that while the reporting system could be improved, “a lot has been done for violence against women”.

“Sometimes they expect a lot from the police and genuinely believe that the police can do more, but in some instances, it is left to the victims,” she said, explaining that complainants sometimes do not follow through with cases.

Dr Adwoa Onuora, lecturer at the Institute for Gender and Development Studies at The University of the West Indies, Mona, said stalking is often linked to mental health issues that have been left unattended.

“A lot of times, people stalk because they have a lot of mental-health challenges which they are unable to control, that they need treatment and intervention for,” Onuora told The Gleaner.

The academic lamented that Jamaican society has not fully grasped how mental illness can be a catalyst for violent behaviours.