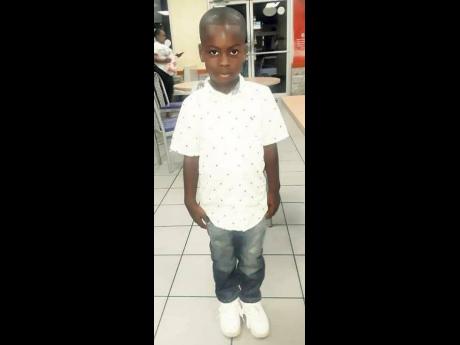 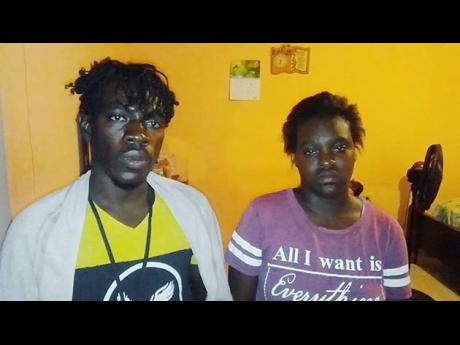 Photo by Hopeton Bucknor
A distraught mother of the slain infant, Chrissincia Kelly, share a moment in grief with her brother, Romario.
1
2

A 15-year-old suspect is being sought in the shooting death of his six-year-old cousin in Savanna-la-Mar, Westmoreland, yesterday. The deceased has been identified as Jadaine Miller, who lived in the same yard as the accused. Reports by the police...

A 15-year-old suspect is being sought in the shooting death of his six-year-old cousin in Savanna-la-Mar, Westmoreland, yesterday.

The deceased has been identified as Jadaine Miller, who lived in the same yard as the accused.

Reports by the police are that about 2:30 p.m. on Monday, young Jadaine was standing inside his yard at Harmony Hall in the Westmoreland capital, when he was approached by his teen cousin, who reportedly brandished a handgun.

Further reports are that the teen opened fire, hitting Jadaine to the left side of his back, before walking away with the weapon in hand.

The wounded boy was assisted to hospital by relatives and died while being treated.

When The Gleaner visited the community late Monday evening, Jadaine’s mother, Chrissincia Kelly, was still in a state of shock and unable to talk to the media.

An uncle of the deceased, who gave his name as Romario, said he was in the yard when the tragic incident happened.

“Mi was in mi house today when mi hear a loud explosion, and mi get up off mi bed, and go look through mi back door,” he said. “Same time, mi see wen mi sister run out an ask what happen, an mi hear mi niece seh Jadaine get shot.”

He said that the injured child then ran to his mom’s doorway covered in blood.

The uncle said he then came through his back door and was just in time to catch Jadaine as he was about to collapse.

“As him drop inna mi hand, mi run go out the road wid him inna mi hand, and call a youth wid a car, and him drop mi up a hospital. The doctor dem tend to him, but it was too late,” Romario said.

He described Jadaine as a very jovial, kind and energetic child, who was loved by everyone in the yard.

“Jadaine was a nice boy, always a give joke ‘round the house, and love him kite bad, bad,” he stated before labelling the suspect as a troublemaker.

“Him always a give trouble ‘round di yard, but wi never know seh it would a come to this,” Romario said.

Efforts to locate the 15-year-old accused were ongoing up to press time.

Up to May 12, Westmoreland had recorded a 19 per cent increase in homicides this year with 32 murders, compared to 27 for the corresponding period in 2020.