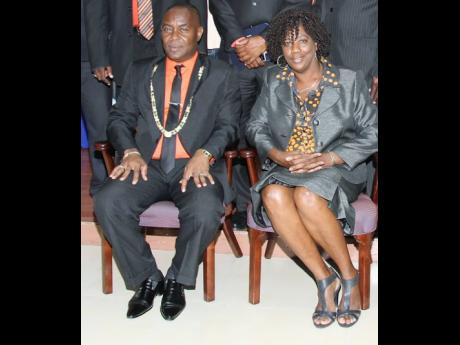 There has been an outpouring of grief among councillors in the Portmore Municipal Corporation following the death of the Greater Portmore East Division standard-bearer, Yvonne McCormack, last Friday.

The passing of McCormack, who had been serving as councillor for the division since 2007, has created a vacuum in the municipality that will be difficult to fill., Portmore Mayor Leon Thomas told The Gleaner.

“Her passing has rocked me in a unique way, reminiscent of the unique relationship we had,” the mayor said.

“No one can will ever replace the friendship we had, and I am mourning as though I have lost a relative,” he continued.

Thomas said that while McCormack’s battle with cancer was known, her colleagues had become accustomed to her pulling through.

“The greatest loss, however, is what her family is feeling. Words can never suffice to remove their pain. It is with profound grief that I remember her, someone I worked with, served with, and loved as a sister,” said Thomas.

McCormack was known in the Portmore municipality for her staunch advocacy for infrastructural improvements to better the lives of the people in her division.

Local Government and Rural Development Minister Desmond McKenzie has also expressed sadness, saluting the councillor for continuing to serve despite her health challenges.

“Yvonne had been fighting multiple myeloma from 2014, and breast cancer since 2011 – a fact that she was very open about. She did not allow these severe health challenges to keep her down. In fact, she found the strength to campaign in southern St Catherine in the February 2016 general election, and she campaigned victoriously to remain councillor for her division in the local government elections in November that year,” McKenzie said, noting that her strong presence will be missed. “I believe that determination came not only from her strong faith, but also from her never-say-die, firebrand personality.”

President of the Association of Local Government Authorities Winston Maragh also paid tribute to McCormack, calling her a fighter, noting that “it was her fighting spirit that caused her to hold out so long and to continue to champion the cause of the people she represented”.