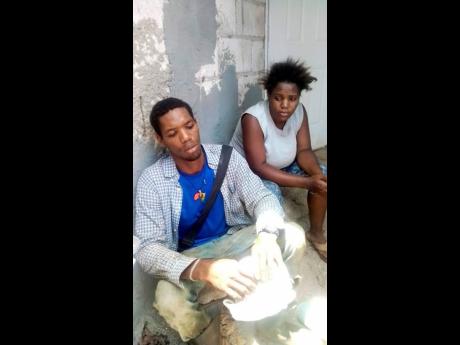 Photo by Hopeton Bucknor
Omar Flowers and Crystal Johnson are a picture of grief, having lost their two infant sons in a fire at their home in Lilliput, St James, yesterday. 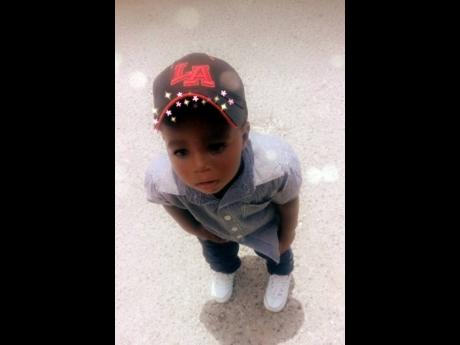 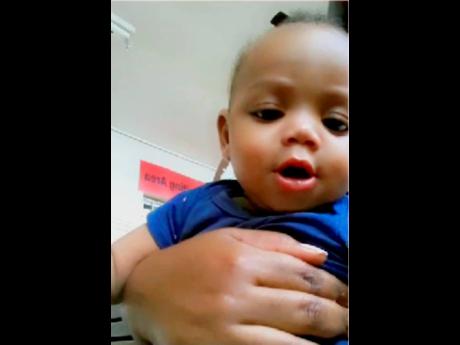 A dark cloud of grief hung over a family in Barrett Hall in Lilliput, St James, yesterday after a mid-morning fire destroyed their board and zinc dwelling, claiming the lives of two infant brothers trapped inside.

The deceased brothers, identified as three-year-old Aden Flowers and one-year-old Christopher Flowers, were said to be alone at home at the time of the fire.

Omar Flowers, the distraught father of the boys who was away at his landscaping job at the time of the tragedy, told The Gleaner that he believes the fire was deliberately set as no open flames or electrical wiring were in the one-room structure.

“Mi nuh know how that happened. Wi nuh have no light nor wire hanging around. No stove, no light, and no cylinder nuh blast up, but yet the house burn down completely and mi two son dem dead,” said the tearful father.” Mi can bear fi lose the little values that did inna the house, but mi can’t bear fi lose di two nice baby dem.”

According to the distraught father, when he was leaving for work, he left some money with the children’s mother, Crystal Johnson, to prepare a meal. While he was at work, he got the news that his house was on fire.

“What really happened is that she left and gone a shop fi come back, and di house did lock up wid di kids dem in deh,” said Flowers.

He was at a loss as to what could have transpired in the few minutes it took his girlfriend to get to the shop and then return home.

“I don’t have no enemy, and I work for people all over Lilliput, Grange Pen, Greenwood, and Barrett Town. I never do anybody anything; everybody love me. Mi girlfriend, she and nobody nuh have nothing, suh mi just don’t know,” he said, saying that if the fire was deliberately set, he would not have a suspect.

Superintendent Dolphin Doeman, who heads the St James Fire Department, told The Gleaner that they received the call about the fire at 9:10 a.m. and responded with two units from the Freeport Station and an ambulance from the Ironshore Station.

“On arrival, a structure was seen completely destroyed, and the firemen would have gone through and done their cooling-down operation. After the operation, they would have stumbled upon the bodies of the two lifeless children,” said Doeman.

The fire chief said they were not yet able to make a determination as to the cause of the fire, and as such, could not rule out arson.

The Barrett Town police, who were at the location when The Gleaner visited, are investigating the incident.