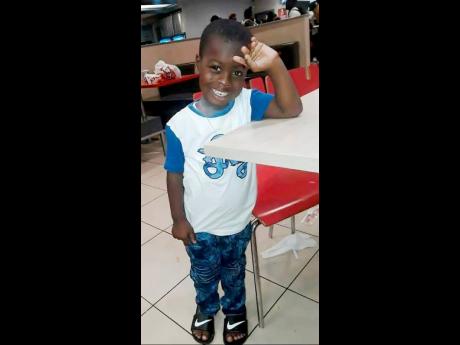 File
Jadaine Miller, the six-year-old who was fatally shot in Westmoreland last week.

The 15-year-old boy charged in connection with last week’s shooting death of his six-year-old cousin in Savanna-la-Mar, Westmoreland, was remanded when he made his first court appearance on Wednesday.

Following the hearing in the Westmoreland Family Court, attorney-at-law Henry McCurdy, who is representing the accused, told The Gleaner that a new court date was set for July 23.

Without going into detail, McCurdy said that he plans to dispute the charge of murder against his client, intimating that he should have been charged with manslaughter.

The teen’s father, whose name is being withheld because the accused is a minor, said that news of the incident took him by great surprise.

“Mi did deh pon di farm Monday and when mi come from work, mi did tired and a hold a little sleep, and then a go cook and mi hear mi phone a ring and mi get a call seh if mi hear seh mi son shoot somebody ‘round a yard,” the father said outside the courthouse.

“Mi seh, ‘No, sah! Him caa shoot nobody round a yard an a family yard, and same time mi brother call mi and ask mi if mi hear, an seh a mi nephew him shoot and him gone a hospital,” added the father.

While speaking with The Gleaner, the father broke down, saying he was still struggling to come to grips with what had transpired.

“Mi seh it lick mi brain. Mi start walk up and dung inna the rain and a wonder how something like that happen,” continued the father. “Me and mi son have a good relationship. Him really live wid him mother in Hanover, but [because] mi work pon di farm [in Westmoreland], him come dung a di house a week time fi him money.”

He added: “Him and dem good (the family of the deceased child). Everybody did good suh mi nuh know.”

The teen was charged with the murder of six-year-old Jadaine Miller, who was killed on the afternoon of May 20.

Reports are that shortly after 2:30 p.m., the accused teen and other children were inside their yard, when he started playing with a firearm, which he had in his possession.

A shot was discharged from the weapon and struck the six-year-old in the regions of his upper back. He was rushed to the Savanna-la-Mar Hospital, where he was pronounced dead.