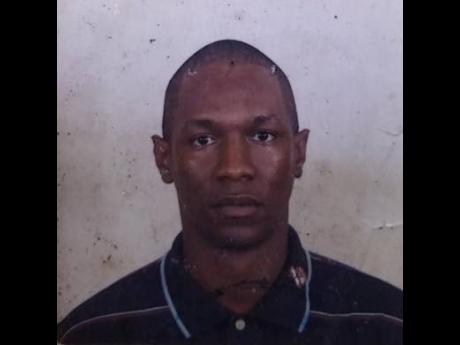 A St Thomas mom is fearing the worst after her son, a cab driver, has been missing for nearly two weeks without any substantive leads.

“As a mother, I just feel like somebody kill him because I am nervous in my stomach … . I just feel like they killed him,” were the words of the distraught mom – who did not wish to have her name published – as she spoke to The Gleaner yesterday.

Forty-five-year-old taxi operator Phillip Palmer, of Olympic Gardens in St Andrew, has reportedly been missing since Tuesday, May 18, but the mom said she only became aware of it on Monday of this week. Palmer operated along the Waterhouse to downtown Kingston route.

“I was in New York when his brother called me from Florida and asked when last I spoke to him and told me that he’s missing. I dropped everything and I’m in Jamaica now. From I heard that he was missing, my belly started to hurt me and I said, ‘This is it’,” she said.

Desperate for answers, the mom made an appeal for anyone with information which could solve the mystery to speak up.

“If he’s dead, just give me the body, so I can have peace within myself. I’m begging, please,” she said.

Her words were interrupted by a piercing screech coming from inside the house she occupies with her daughter.

“Mommy! Dem find him with him head cut off! Mi bredda … ,” her daughter shouted, followed by more screams.

An obviously distraught mom rushed to hear more from her daughter, making calls to other persons, informing them of the gruesome find.

Further checks confirmed that the headless body found was not that of her beloved son.

In a missing person alert issued by the police, Palmer is described as being of dark complexion, slim build and about six feet tall.

They say he was last seen at home at about 1 p.m. on May 18, wearing a white T-shirt and black pants.

Sharing what she was told about the last time her son was seen, the distressed mom said, “His uncle told us that they were at home picking mangoes. They were outside with others when Phillip got a call. He answered and said to the person that he can’t come now unless it’s in the evening and he hung up and the person call him back, and he said, ‘Alright, then. Me a come’, and they haven’t seen him since.”

She said she was aware of a recent tiff he had with someone, after which she had warned him not to visit the person again. She is not sure whether the incidents are connected as the person says they have not seen Palmer either.

She told The Gleaner that the whereabouts of the vehicle, which her son used to operate as a taxi, is also unknown.

“They can’t find the taxi and they are still trying to get something from the phone to see who last call him. They kill him; they kill my son. Where would they have him? Give me the body, nuh? Give me the body. Just mek we get the closure or whatever remains. Somebody needs to come forward,” she appealed.

I’m pleading to the public, please reach out to the police … . Let me get him to bury,” beseeched the distraught mother.