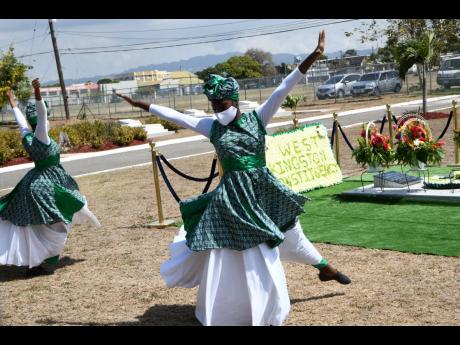 Rudolph Brown/Photographer
The Tivoli Dance Troupe performing at yesterday’s ceremony to mark the 91st Anniversary of the birth of former Prime Minister Edward Seaga, who died on his 89th birthday in 2019. 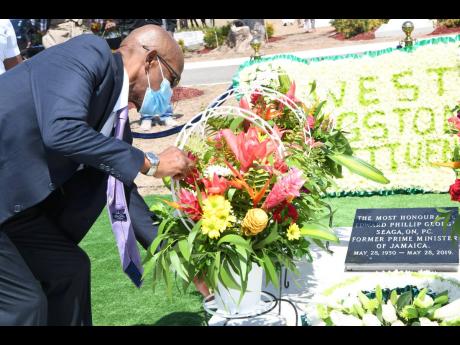 Rudolph Brown/Photographer
Christopher Seaga, son of the late Edward Seaga, lays wreath during a commemorative ceremony for the 91st anniversary of the birth of the former prime minister at the National Heroes Park in Kingston on Friday, May 28. 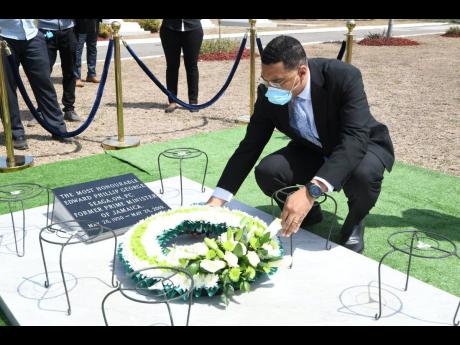 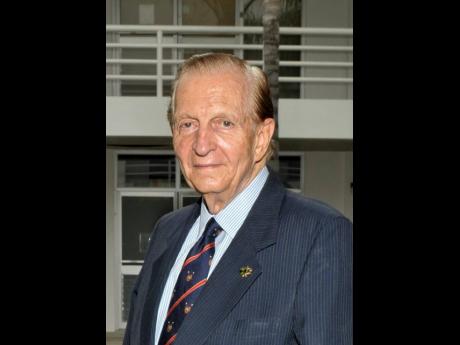 A floral tribute was held at the National Heroes Park to commemorate the 91st anniversary of his birth.

For his contribution to education, the Denham Town Primary School in Kingston, which was built during his tenure as MP for Kingston Western, will be renamed in his honour next Tuesday.

Current Kingston Western MP Desmond McKenzie said that losing Seaga presented a difficult period for the constituents, whom he served for 43 years, from 1962 until his retirement from active politics in 2005.

“West Kingston has the distinct honour of having four prime ministers serving as its member of parliament, and we are a constituency that deserves the recognition and deserves the respect, because we have produced some of our greatest modern leaders since universal adult suffrage,” McKenzie said.

He added that the celebration of Seaga’s life will continue on Sunday with a thanksgiving church service in the constituency.

“Today, we salute you, Papa Eddie. Happy birthday, we miss you. We will continue to love and cherish you,” said McKenzie, who is also minister of local government and rural development.

“He did quite a bit of research and recording of folk culture so that we now have a bank of culture that we can refer to – culture that is fast disappearing from us in the mainstream. He launched the Jamaica Journal publications; he did National Heritage Week, including National Heroes’ Day,” he said.

Holness reasoned that Jamaica depends a lot on its culture and more needs to be done to maximise the benefits for the society.

“The culture is more than dance and music. We have to take cultural excellence in those areas and also place it in our academics, in our art and craft, in our science and technology,” the prime minister remarked.