Authorities insist no untouchables; proprietors to be sanctioned if DRMA breaches confirmed 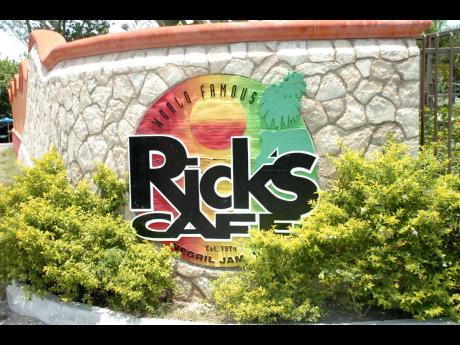 File
A 2010 GLeaner photo of the entrance to Rick’s Cafe in Negril, Westmoreland.

WESTERN BUREAU: Residents of the resort town of Negril were not surprised at Wednesday’s police crackdown at Rick’s Café Negril, many telling The Gleaner that it was long overdue. The residents contend that flouting the Disaster Risk Management Act...

Residents of the resort town of Negril were not surprised at Wednesday’s police crackdown at Rick’s Café Negril, many telling The Gleaner that it was long overdue.

The residents contend that flouting the Disaster Risk Management Act (DRMA) had been a way of life at the location and their complaints to the police over many days fell on deaf ears.

The residents say scores of people flock the world-famous attraction daily, “And you can hear the entertainment coordinator on the microphone for about one mile from the facility”, they told The Gleaner, fearful of the repercussions if their names are revealed.

In fact, the overloaded Tiki boat that sank recently in the resort town was moored at the West End attraction, they said, with at least another eight boats docked in the vicinity with revellers.

“Rick’s seem to have been operating under its own rules and regulations. It remained the party central for countless number of tourists who go there for sunset and booze every afternoon as early as 1 p.m. during the pandemic,” our news team was told.

This past Wednesday was no different, the residents say, as a spring break-like atmosphere gripped the property with mainly black Americans on location, partying at the annual Mocha Fest at the attraction.

Mocha Fest was advertised as eight days of parties on the island with some of the venues kept secret.

The sports bar, which was the first to introduce a COVID-19 surcharge to patrons last October, was ordered closed for seven days by the Ministry of Local Government and Rural Development, having hosted the party, which breached the orders under the DRMA, while the Tourism Product Development Company (TPDco) has revoked its COVID-19 compliance certification. The entertainment facility will be required to undergo a recertification exercise to ensure strict adherence to the protocols, the organisation said in a statement on Thursday.

The sports bar operators could be fined up to the maximum of $1 million or one year in prison if found guilty of breaching the rules.

There has been outrage across the island as Jamaicans view the Rick’s Café’s operators as untouchables, criticising the authorities for herding local promoters and patrons into trucks and carting them off to jail when found in breach.

The Negril residents say they gave up complaining about the noise and breaches after calling the police on several occasions and nothing happened, but Superintendent Robert Gordon, who heads the Westmoreland Police Division, said it was unfortunate he was hearing the complaints for the first time.

“I am not saying that they didn’t call, but if something is not happening at the local level, escalate it, because there is evidence that the operators of Rick’s are not untouchable,” he told The Gleaner.

Contacted to respond to the residents’ claims and the operation on Wednesday, Tom Martin, property manager, would not say much as he is awaiting the outcome of investigation by the authorities.

He, however, admitted that they were taking their medicine.

Prime Minister Andrew Holness has said he is expecting that “if there is any breach, the full application of the law will be guaranteed”.

Tourism Minister Edmund Bartlett has warned that breaches in the sector will not be tolerated.

“All our partners, local and international, who will engage our tourism product over the next months – as long as the Disaster Risk Management Act exists – must be compliant in all regards,” was the stern warning Bartlett made.

Bartlett said that the management of the establishment has been summoned to a meeting with the local government ministry and the Office of Disaster Preparedness and Emergency Management.

Opposition Spokesperson on Tourism Janice Allen and the Jamaica Hotel and Tourist Association (JHTA) also weighed in on the matter. Allen wants equity in how regulations are applied across all industries, and the JHTA has reminded all local stakeholders to observe all health and safety protocols within their properties.

“As the tourist industry looks to rebound, it is important that there is consistency, without exception, as we can scarcely afford to have anything jeopardise its future,” argued Allen