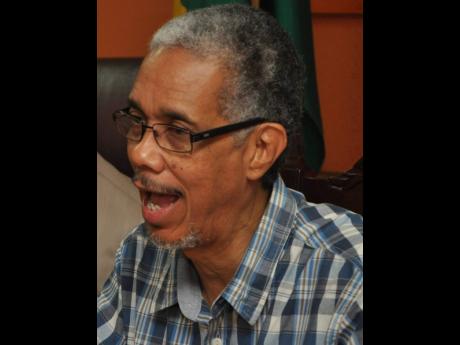 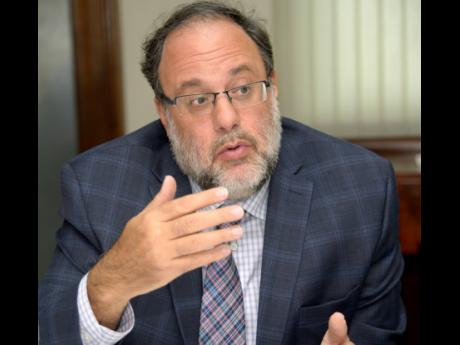 Allowing Dr Dayton Campbell to remain in his position as general secretary of the main opposition People’s National Party (PNP) “weakens the leadership” of the political organisation, one of his predecessors has warned. Almost six months into his...

Allowing Dr Dayton Campbell to remain in his position as general secretary of the main opposition People's National Party (PNP) “weakens the leadership” of the political organisation, one of his predecessors has warned.

Almost six months into his tenure, Campbell has found himself engulfed by sexual misconduct allegations arising from a defamation lawsuit he filed against firebrand PNP activist Karen Cross and two other women.

He has denied the allegations and the leadership of the PNP has publicly thrown its support behind the former member of parliament for St Ann North Western.

Paul Burke, a former general secretary of the PNP, said he did not believe the allegations against Campbell and made it clear that he would be “amazed and disgusted” if they were true, but acknowledged that they will cloud pronouncements by the PNP on national issues.

“Him remaining as general secretary weakens the party leadership at this time,” Burke told The Sunday Gleaner last Friday, before hinting at more deep-rooted issues.

“There is a war going on in the People's National Party and this is one of the many battles. This one has not gone, like in the past, to physical violence … . It is a propaganda war, it is a social media war, character assassination war and it's not over ideology.”

Gender Affairs Minister Olivia Grange and the corruption watchdog group Jamaica Accountability Meter Portal (JAMP) are the latest to add their voices to the chorus of calls for Campbell to step aside, at least until the allegations are cleared.

“This involves minors and, as a result, it is of grave concern. It's a matter that has to be treated with great urgency and impartiality to all sides, regardless of political parties,” Grange said of the allegations against Campbell, while underscoring that she was “not passing any judgement”.

“The person who is accused should at least stand down or remove himself from duties that would have him up front in the public view until the matter has been addressed,” she added, without naming Campbell.

Horace Levy, a director of JAMP, signalled that, among other things, the watchdog group's position regarding the PNP general secretary was influenced by the fact that the allegations come weeks after legislator George Wright became embroiled in an assault saga.

Wright, the member of parliament for Westmoreland Central, has not publicly commented on whether he was the man captured in a nine-minute video, which surfaced last month showing a man beating a woman with his hands and what appeared to be a stool.

He was initially declared a person of interest by police investigators, but the probe was shelved after the woman refused to cooperate with detectives.

“Not every time someone is accused of this kind of conduct should they necessarily have to step aside, but because of the climate, the context and because of the frequency of these charges, it seems to us he ought to step aside,” Levy said, making reference to Dr Campbell.

Not stepping aside, he said, casts a shadow over the PNP and its messaging on issues of national importance.

“In people's minds, in people's heads, it obscures … it creates a kind of shadow, a veil through which they (the public) perceive everything the PNP is going to say,” Levy reasoned.

The decision by the PNP to throw its support behind Campbell was based on a number of “significant” considerations, PNP President Mark Golding told The Sunday Gleaner.

As an example, Golding said the PNP “considered it significant” that three statements purportedly filed by Cross in defence of the lawsuit filed by Campbell are all dated in early March this year before the social media messages that triggered the court action.

“But she did not bring them to the attention of the police in April when they were investigating her allegations,” he said, making reference to Cross' sit-down with police detectives.

Further, Golding, the Opposition leader, suggested that an “obvious” anomaly was “apparent” in one of the statements, but did not elaborate.

Golding, an attorney-at-law, also raised the possibility that Cross and the justices of the peace who signed off on the statements could be in breach of the Child Care and Protection Act.

Section 6 of the legislation stipulates that anyone who has information that a child was abused or could be abused or is currently being abused has a duty to notify authorities.

“If there is evidence that suggests that any adult had this information and did not make the report, as required under Section 6, there is a criminal offence called failure to report, which is triable in the Parish Court,” explained Children's Advocate Diahann Gordon Harrison.

The offence carries a maximum fine of $500,000 or six months in prison.

Deputy Commissioner Fitz Bailey, who heads the crime and security portfolio, told The Sunday Gleaner that the police are “analysing all that is out there”.

“The police are analysing the data and the information that is available, and after completion of the analysis, a determination will be made in terms of what direction we go,” Bailey said.

Burke cautioned that, from a principled perspective, asking persons to resign on mere allegations was setting a “dangerous precedent”.