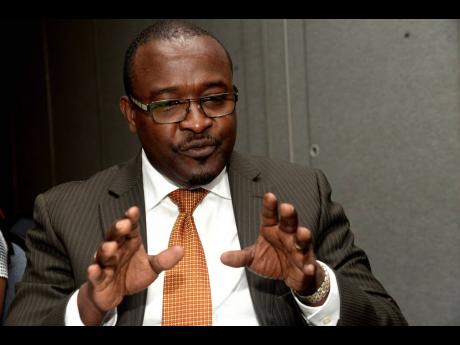 The Office of the Prime Minister (OPM) was forced to seek the intervention of the HEART/NSTA Trust board chairman in March to get the agency to explain an unauthorised tax on travelling officers, documents show. HEART falls under the direct...

The Office of the Prime Minister (OPM) was forced to seek the intervention of the HEART/NSTA Trust board chairman in March to get the agency to explain an unauthorised tax on travelling officers, documents show.

“The OPM is deeply concerned to learn that the Trust failed to furnish the MoFPS (Ministry of Finance and the Public Service) with all the information required for a comprehensive assessment to be carried out,” noted a letter the OPM sent to HEART on the issue and which has been obtained by The Gleaner.

“Your urgent intervention is being sought to ensure that the agency submit all the requisite documentation to the MoFPS and that the fuel allocation policy is rescinded with immediate effect,” continued the March 16, 2021, correspondence addressed to Chairman Edward Gabbidon and copied to then Managing Director Dr Janet Dyer.

In its March 1 letter to the OPM, the finance ministry reportedly advised the OPM to instruct HEART to “cease with immediate effect” the implementation of the over 15-year-old policy and provide, within two months, information on how the policy came about and a “fulsome description” on the policy’s benefit to HEART.

The issue was first brought to HEART’s attention by an employee in 2015 and then to the OPM which, last September, referred the issue to the technocrats at the finance ministry.

But it appears HEART was not being forthcoming with details, prompting the officials at the finance ministry to complain to the OPM.

Under its Fuel Allocation Policy, HEART abandoned the traditional benefit of mileage paid to travelling officers and used instead a fuel-based approach, where it advanced petrol (240 litres per month) and taxed the amounts consumed by each officer.

Mileage in government is a non-taxable allowance.

However, the policy was “inconsistent” with the public-service staff orders and “in breach” of Circular No. 8 (Travelling Allowance and Reimbursement of Toll Charges Financial Instructions dated May 20, 2020) and “all previous circulars on this subject”, the ministry told The Gleaner.

A May 23 Sunday Gleaner report brought the issue to light, revealing that although HEART was instructed to cease the policy from March, salaries up to May were taxed.

It was also revealed that Tax Administration Jamaica officials indicated at an August 2020 consultation with HEART that taxing fuel consumption below the monthly threshold was wrong.

HEART is also yet to answer questions from this newspaper on the unauthorised policy, but its emergence is the latest in a series of troubling revelations at the entity funded by a tax on employers.

Today, senior director Novelette Denton-Prince’s two-month stint overseeing the operations of the agency is due to end but with little word on the permanent leadership of the entity.

The uncertainties were triggered in March following the board’s decision not to renew Dr Janet Dyer’s contract as managing director.

Leaked internal communication also indicated that procurement officials believed a 2019 contract recommended to the chairman’s company, SynCon, was a “clear conflict of interest”.

HEART said that the contracts on which The Gleaner reported did not reach the $30-million threshold to trigger board approval, and, therefore, would not have come up for scrutiny from Gabbidon.

The training institution is, however, yet to answer whether the legal advice sought by the procurement officials was provided, and if so, when, what it said; as well as to confirm the value of all contracts awarded to SynCon since Gabbidon became chairman in April 2017.