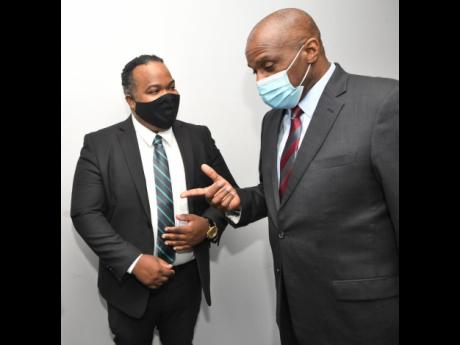 A senior executive of Jamaica’s single anti-corruption body says lawmakers should step up to the plate to ensure that the country’s legislative framework is conversant with international best practices.

Greg Christie, the executive director of the Integrity Commission, signalled on Monday that there were significant gaps in the current anti-corruption and anti-bribery framework.

“So, it is easy for our leaders to say, ‘Well, we have an Integrity Commission,’ but the fact is, do we have the tools, in terms of legislative powers, to deliver and to make a significant change in fighting corruption and then have Transparency International show that on the CPI?” Christie questioned.

“We are doing what we can at the commission to ensure that we are positioned to do what the taxpayers of this country expect us to do. The other big piece is to ensure that the legislative infrastructure supports what we want to do, but that’s for our parliamentarians,” Christie said.

In its last annual report, the Integrity Commission made some far-reaching recommendations that would plug perceived legal loopholes.

The commission has suggested that Section 39 of the law be amended to require declarations from parliamentarians in relation to membership in political, trade or professional organisations; contracts with the government; directorship/beneficial interest in corporate bodies and government boards.

Christie said that even though the commission had been operating two years before he was appointed, the oversight body was not fit for purpose.

According to Christie, there are 16 mandates in Section Six of the legislation for the commission but only six had been addressed. He said the other areas were corruption-prevention matters.

“We started from ground zero. We restructured the organisation and we are now resourcing it,” the executive director said.

However, he said that the agency was now faced with the problem of finding suitable offices that could house 172 positions on the staff complement. The Integrity Commission currently has under 100 staffers.

Christie also remarked on the constraints of the current legislation that place a muzzle on the anti-corruption body.

“We would love to say a lot about what we are doing, but as you know we are circumscribed by the law to some extent that prevents us from saying a number of things we would have otherwise liked to say.”

However, the committee, which had its first meeting in 2020, met only twice after that and has invited the Integrity Commission only once for deliberations. The committee held a procedural meeting on January 14.

Parliament had also contemplated the appointment of another committee to review the Integrity Commission Act but Christie said he was doubtful that there was need to establish another rung of review.