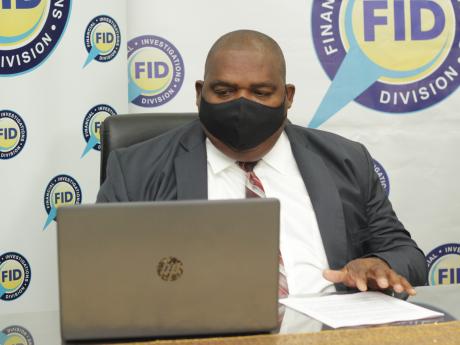 FID’s Principal Director Keith Darien: We have dozens more cases before the courts and in the pipeline. We will get the results.

The operator of an illegal cambio operating in St James has been fined $300,000 or 12 months in prison.

Clifton Williams, the manager of Sun Investments had earlier pleaded guilty to breaching the Bank of Jamaica Act.

In the meantime, his co-accused, Vernal Campbell who was listed as chairman and Earl Swaby, the purported director, have both been freed after Williams said he acted alone and without their knowledge in operating the business contrary to the law.

Williams, Campbell and Swaby were charged for buying, selling, borrowing and lending foreign currency without being an authorised dealer.

A case file was prepared and submitted to Director of Public Prosecution who ruled that the men and the company be charged.

Sun Investments was registered in 1994 and started operating that same year.

In 2018, its license was revoked by the Bank of Jamaica because the company was breaching the rules governing the operation of cambios.

The FID's Principal Director Keith Darien said this current against was the company was completed quickly.

"It took less than a month from charges to sentencing. This is the result of the thorough investigative work done by the FID and Constabulary Financial Unit. We have dozens more cases before the courts and in the pipeline. We will get the results,” he said.