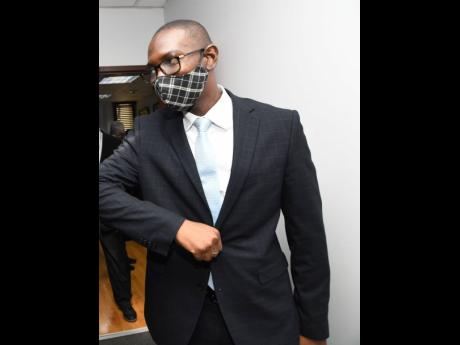 Director of investigation at the Integrity Commission, Kevon Stephenson, says the anti-corruption body has made significant strides in reducing the backlog of cases involving alleged acts of corruption in the public sector.

In a Gleaner interview earlier this week, Stephenson said while he could not elaborate on the investigations being done, the public would see the results in short order.

He told The Gleaner that the commission has taken steps to ensure that its investigators are properly trained so that files prepared for the director of corruption prosecution meet the requisite standard.

“We are identifying the very important public issues, matters of national importance. We crave the indulgence of the Jamaican people as we try to get rid of the backlog of cases that we have with our limited staff,” the director of investigation said.

In July last year, when directors of the commission appeared before the Integrity Commission Oversight Committee of Parliament, Stephenson disclosed that the anti-corruption watchdog had been probing more than 1,000 alleged acts of corruption.

At the time, the commission had 37 legacy investigations which had been started by the now-defunct Office of the Contractor General (OCG).

Craig Beresford, director of the information and complaints division, told The Gleaner that the commission had implemented several initiatives to strengthen third-party verification processes.

He said that steps have also been made to institute systems and processes to ensure greater compliance in relation to the submission of statutory declarations by public-sector workers and parliamentarians.

“When we get compliance, we start to properly interrogate and enquire into those declarations, and then once we do that, we determine whether or not we certify or we refer for further investigation,” said Beresford.

He reported that the commission had seen improved compliance, especially from the senior public-sector officials and technocrats.

Earlier this week, Ryan Evans, newly appointed director of corruption prevention, stakeholder engagement and anti-corruption strategy, told The Gleaner that Jamaica had a good anti-corruption architecture that had been developed to tackle corruption. However, he argued that there were still loopholes in the framework.

“We have to find a way to do a pre-emptive strike and tackle some of these things head-on. So it’s going to mean rolling out training programmes across the public sector,” Evans said.

The Integrity Commission’s executive director said that the organisation’s structure was interrogated and the agency felt there was the need to design a new division to focus just on anti-corruption and strategies to prevent corruption.

The division was subsequently created and approved by the Ministry of Finance and the Public Service and Parliament.

“It is a very critical division. The approach involves public education and interrogating public body processes and procedures to identify errors that could be fertile ground for breeding corruption, and shut it down,” Christie added.