Despite decline, Crime Stop pleased with quality of tips 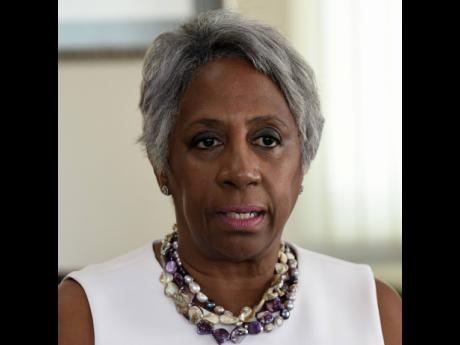 While the number of tips to the National Crime Prevention Fund (Crime Stop) fell by roughly a third last year as the COVID-19 pandemic gripped the island, the administrators of the effort to help the police crack cases and retrieve illegal weapons...

While the number of tips to the National Crime Prevention Fund (Crime Stop) fell by roughly a third last year as the COVID-19 pandemic gripped the island, the administrators of the effort to help the police crack cases and retrieve illegal weapons are pleased with the quality of the information received.

Despite a strong ‘informer-fi-dead’ culture still pervasive in the society, 679 tips were lodged last year compared to 1,020 for 2019.

“[While] we are seeing ... where the number of tips have decreased, the information that we are getting is pertinent information that yields very good success,” Crime Stop Manager Cherise Bruce-Douglas told a Gleaner Editors’ Forum on Thursday.

Year to date, Crime Stop said that roughly 308 tips have been received, and it has managed to assist in the seizure of 19 illegal firearms and 279 rounds of ammunition.

“So we are very happy on the quality of tips we are receiving so far,” Bruce-Douglas said.

Between January and May of this year, the fund has also paid out $2.3 million in rewards for tips in comparison to the $1.4 million for the corresponding period last year.

Bruce-Douglas pointed out that as Jamaicans become more concerned about the crime situation, fewer persons are requesting a reward when submitting tips to Crime stop.

STAND UP FOR COUNTRY

Sandra Glasgow, chairperson of the National Crime Prevention Fund (Crime Stop), said that the entity has launched a campaign geared at breaking the anti-informant culture.

“Our campaign that was started is really an appeal to all Jamaicans to say, ‘If you don’t stand up for your country, who will? And that involves telling what you know’,” Glasgow said, adding that in its 33 years of operation, Crime Stop has never had an informant being compromised.

Senior Superintendent Stephanie Lindsay said that the police have been doing more to lessen the fear of witnesses to engage the justice system.

“We have been doing additional things to ensure that more of our witnesses come forward because I think in many instances, persons are afraid to come forward because of fear,” she said, pointing to campaigns and information sessions with witnesses to reassure them and provide them with the confidence to give evidence.

“So as we engage them more and introduce them to the witness protection programme and avenues that they can give evidence and be protected, we have seen where they are more confident in coming forward,” Lindsay said.

It is a point that resonated with Director of Public Prosecutions Paula Llewellyn, who emphasised that witnesses who can give cogent, credible, reliable, and admissible evidence were key to the success of cases.

“It’s a challenge because the elephant in the room is the I-don’t-want-to-be-an-informer mentality or informer fi dead, which is glorified in one or two deejays’ songs that I have heard about,” Llewellyn said.