Hundreds of minors impregnated from rapes, carnal abuse since 2020 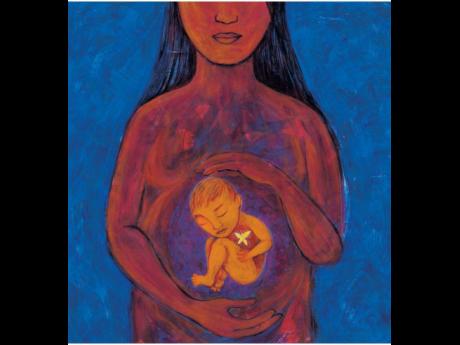 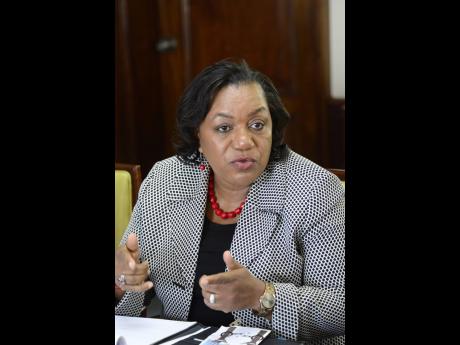 A staggering 249 girls have been impregnated from rapes, carnal abuse and other sex crimes between January 2020 and March this year.

This is just under eight per cent of the total 3,265 children sexually abused over the period, statistics from Jamaica’s multi-agency child sex abuse investigative team has revealed, and does not reflect the hundreds believed to have contracted sexually transmitted infections in the process.

Still, the numbers could be greater as the Child Protection and Family Services Agency (CPFSA) says a 26 per cent dip in reported cases compared to 2019 could be the result of COVID-19 stripping children of a common reporting outlet – their teachers – who ironically overwhelm a list of seven ‘prescribed persons’ arrested for child sex abuse in the period. A fireman was among those charged.

While pregnancy data from previous years were not available for comparison, the figures reveal a slight year-on-year increase in the number of sex abuse-related pregnancies up to March this year. For the first quarter of last year, there were 57 cases from 314 sex abuse investigations, compared to 60 pregnancies from 274 cases over the corresponding period this year.

The CPFSA could not say how many of the children were infected with sexually transmitted infections during their ordeals, a concern that has been raised by doctors, particularly in Clarendon and the Corporate Area, in recent months.

Kingston and St Andrew recorded the most child sex abuse cases, while Clarendon, St Catherine, St Ann and Westmoreland rounded out the list of hotspot parishes identified by investigators. There has also been an increase in child sex abuse cases in St Thomas, St Elizabeth, St Mary and Portland since the pandemic.

Concomitantly, 60 per cent of the cases were rapes, while the rest were listed as sexual intercourse cases, which include acts of carnal abuse and sex among minors. In 716 of the cases reported, the children were defiled by adults, and more than half the victims were below 15 years old.

“For sexual abuse, we tend to think of some strange persons outside of the home sexually abusing a female child. That’s not the case,” said Dr Karen Carpenter, director of the Sexology Clinic and head of the Institute for Gender Development Studies at The University of the West Indies (UWI).

“Quite a bit of sexual abuse that we encounter clinically has to do with filial abuse – brothers and sisters, near relatives; and familial abuse, meaning fathers and stepfathers and girls or boys; or mothers and female relatives and boy children,” she explained.

Carpenter addressed an online forum put on by The UWI’s Sir Arthur Lewis Institute of Social and Economic Studies on child abuse last Monday, where she underscored the futility of a health and family life school curriculum without remedying Jamaica’s cultural norms.

At the forum, CPFSA head Rosalee Gage-Grey stressed that teenage pregnancies remain a major concern that underpins dire need for greater psychological intervention and centralised care, especially for children living in rural areas outside the reach of the Centre for the Investigation of Sexual Offences and Carnal Abuse (CISOCA).

“We want CISOCA as it is operated on Ruthven Road (St Andrew) to be expanded across the sector. CISOCA, especially in the rural areas, is not in every police station, and when a parent or a child goes to a station that case now has to be referred out to a CISOCA office,” she lamented, adding that it is also more tedious for officers to secure critical evidence for prosecution from rural hospitals, services which are readily available via CISOCA resources.

“If the child has been abused outside of the home and we have done the risk assessment and the child can remain there, then that child would remain at home with the parents and we give the necessary support,” said Gage-Grey, adding that only some victims are taken into state care, and that non-government agencies like the Mustard Seed Communities have been playing a pivotal role in assisting young pregnant girls.

There are about 20 pregnant girls in the Mustard Seed programme, she said, most admitted prior to 2020, as last year the facility slowed its intake in response to the spread of COVID-19.

“Our responsibility is to give them a second chance and facilitate any kind of rehabilitation required to go back into their communities. We work on their self-esteem and with continuation of their education as well as work on their spiritual formation,” she told The Sunday Gleaner.

“These are children who would have already been in crisis and dealing with their own feelings in terms of position in society, challenges with school and their sexuality. And when you put the bringing of a child into the world on them, that’s a big deal psychologically in terms of coping.”

Last June, Bradley Edwards, senior medical officer at the May Pen Hospital in Clarendon, noted a sharp increase in the number of children, some as young as two years old, who are being admitted for “very vicious” sex abuse injuries, while doctors at the Bustamante Hospital for Children, like Sandra Knight, have openly called for greater intervention on the issue.

“If you look at the statistics involving children, most of the rape cases are between the ages 10 and 14. But our cases right now are in the two to 10 age group. Those cases we would only see once in a blue moon, but we are now seeing a sharp increase,” Edwards had said.