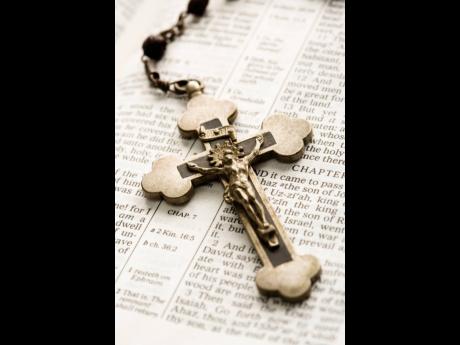 File
An Apostolic pastor accused of raping a 15-year-old girl is on the run.

A pastor of an Apostolic church in Granville, St James, who has been accused of raping one of his 15-year-old congregants, is believed to be on the run after not turning up for worship on Sunday morning.

The teenager made a report to the Barnett Street police a week ago, claiming that he raped her when she visited him.

The youngster reported the matter to the police on May 28 and was later medically examined.

Commanding officer for St James, Superintendent Vernon Ellis, has confirmed the incident, stating that the police visited the church and other locations a number of times since the report was made but have been unable to locate the man of the cloth.

“We need to interview this man in relation to the allegations and would prefer if he were to turn in himself to the Montego Freeport Station,” said Ellis.

In the last seven years, a number of young Jamaican women have accused pastors throughout the island of sexual abuse, with one of the youngest cases being a 12-year-old, whose abuser, Kenneth Blake, a former pastor of Harvest Temple Apostolic Church, was charged in 2017.

Another rape came to national attention when a child in St Elizabeth was sexually assaulted by Moravian pastor Rupert Clarke, also in 2017.

And although the Apostolic pastor has not yet been charged or found guilty, former pastor of the Calvary Baptist Church and current director of integral mission of the Baptist World Alliance, Everton Jackson, has weighed in on the issue.

Jackson blames what he says seems to be too many churches without a strong administrative structure that would hold pastors accountable. He also says many churches do not have a code of ethics.

“Essentially, they become laws unto themselves,” he lamented.

Having counselled many women who have been sexually abused, Jackson said that rape changes a child’s life forever and causes tremendous emotional damage.

“Children have a trusting relationship with people in authority. They see their pastor as a father figure, so if this latest allegation is true, this pastor would have been guilty of exploiting the trust that she invested in him,” said Jackson.