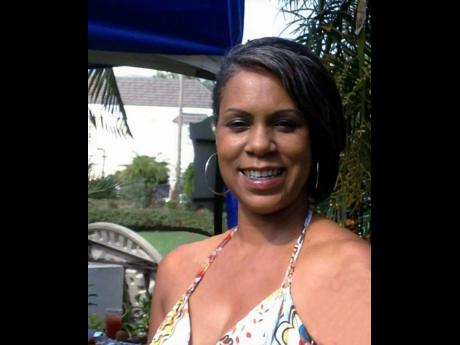 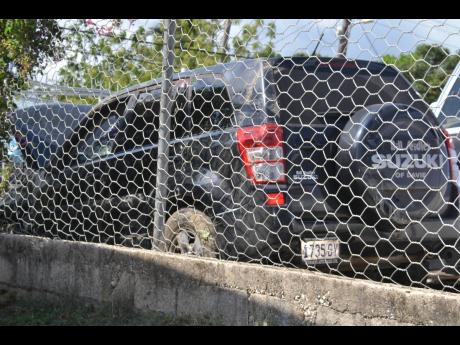 ERROL CROSBY/PHOTOGRAPHER
The Suzuki Grand Vitara that was recovered by a wrecker after Ava Thelwell drove off Flat Bridge last Friday.
1
2

Investigators are still searching for clues behind the death of Ava Thelwell, the 49-year-old internal auditor who the police believe deliberately drove off Flat Bridge last Friday. Thelwell, a mother of two adult sons, is believed to have gone...

Investigators are still searching for clues behind the death of Ava Thelwell, the 49-year-old internal auditor who the police believe deliberately drove off Flat Bridge last Friday.

Thelwell, a mother of two adult sons, is believed to have gone into a depressive spiral, burning through boxes of cigarettes for solace.

Recent years had brought heartache for Thelwell, including the death of her father.

The late internal auditor, a Campion College alumna, was employed to Ernst & Young (EY) up to 2017 or 2018 and recently worked on a project with Precision Accounting.

Mrs Thelwell had intentions of returning to EY, The Gleaner understands, and on at least one occasion signed a contract, but dithered, ultimately changing her mind.

A former colleague of Thelwell’s remembers her as “very patient and understanding”.

“Ava was a very nice person to work with. When I started at EY, she was my senior and I learnt a lot from her,” said the ex-colleague at EY who requested anonymity.

“... I knew she had some personal difficulties in her last years at EY, but even through that she would still be willing where she could. I’m really sorry it came to this.”

Long-time friend Josephine McGann, who knew her for more than 30 years, said that she is still in a state of shock.

“Why didn’t she call me? But people who usually do that have already made up their minds,” McGann lamented.

The St Catherine North police confirmed that they had not received any formal reports indicating that Thelwell might have left hints about her plans.

“We are still conducting investigations in the matter to unravel the mystery in the incident,” investigating officer Corporal Lorenzo Haughton told The Gleaner on Monday.

Another senior investigator had said on the weekend that a request had been made for “a speedy autopsy”.

A bystander who witnessed the tragedy unfold recalled Thelwell behaving strangely prior to her demise.

“I see di vehicle a drive up and down out here and di driver smoking nuff cigarettes, but mi did tink seh a people a investigate if something wrong wid di river,” the onlooker said.

The eyewitness said that he was frightened when the 2012 Suzuki Grand Vitara sped on to the bridge and plunged into the Rio Cobre.

Meanwhile, several persons, including Everton Simms and Lancelot Denver, have renewed the call for guard rails to be installed on Flat Bridge, which has left many families mourning the death of loved ones who perished on the narrow historic bridge which is believed to have been built in the late 18th century.

“This old bridge needs to be improved and modernised, as many lives have ended here. I know that the rail is not always a saviour, but at least it gives you a chance. The vehicle would hit the rail in this case and a life could have been saved,” Denver, a taxi operator, said.

However, Stephen Shaw, manager of communications and customer services at the National Works Agency, said that the state organisation has no plans to erect guard rails at the site.

“The rail would be removed either by man or nature, and, moreover, would a rail help in this case?” Shaw told The Gleaner.

Fifty-eight suicides were reported in the 2019 edition of the Economic and Social Survey, two fewer than for the previous year.

The parishes of Manchester and Clarendon recorded the highest number of cases, with nine and seven, respectively.

Data showed that 260 attempted suicide patients were seen in accident and emergency units of public hospitals in 2019.

P – Plan: The more detailed the plan is, the closer the person is to the suicide act.

I – Intensity of the method: The more drastic the method, the more likely the person is to complete the act.

S – Support system: Provide as much support and reassure the person that they are important.