After therapy, survivor of attempted murder says standing by her man 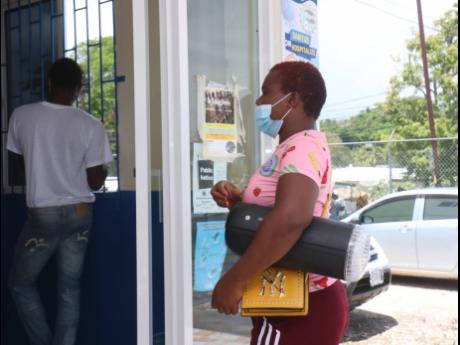 Ashley Anguin/Photographer
Stephina Raltson tries to speak with her attacker, Anthony Bailey, while he was in custody at the Clarks Town Police Station on Wednesday. Ralston is charged with the attempted murder of Ralston. 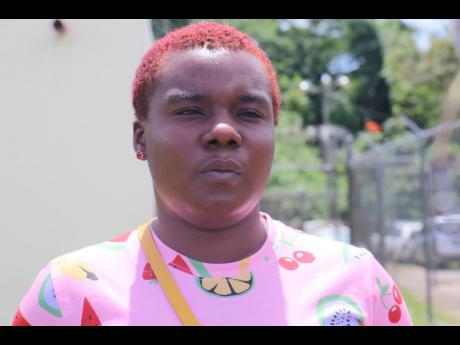 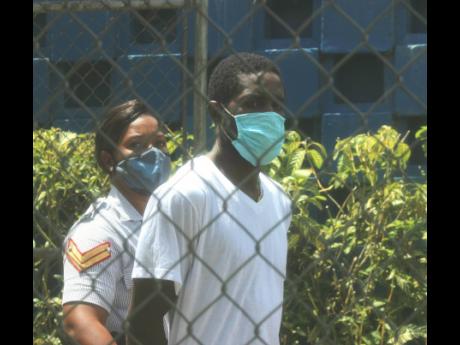 Ashley Anguin/Photographer
Anthony Bailey is escorted by a policewoman as he was remanded after appearing at the courthouse in Clark’s Town, Trelawny, on Wednesday.
1
2
3

Minutes after Stephina Ralston exited a court-ordered counselling session on Wednesday, she reiterated that she wanted the man accused of nearly killing her to be granted bail and for legal proceedings to be discontinued.

The 23-year-old Warsop, Trelawny, woman who was nearly disembowelled in a stabbing attack, allegedly by Anthony ‘Israel’ Bailey, seven weeks ago, said she wants to focus her attention on her education and the foetus she is reportedly carrying for the 39-year-old man.

In the meantime, she wants Jamaicans out of her business.

“It is my case, my decision,” she told The Gleaner.

The matter sparked national outrage amid a rash of cases of spousal violence and growing concern over domestic violence, including an assault scandal over Westmoreland Central Member of Parliament George Wright after a video went viral of a man battering a woman with a stool.

Wright has not denied that he is the subject of the video.

Wright and his partner Tannisha Singh had given reports about their April 6 bust-up but the police discontinued their probe after both became uncooperative.

Bailey, who has been charged with attempted murder, was remanded on Wednesday – the second time in seven days.

He is expected to return to court either June 28 or September 7.

On Wednesday, his lawyer, Khadene Coleman, was absent because she was reportedly handling a number of matters in the circuit court in Duncans, Trelawny.

But Ralston is impatient with the pace at which the system is going.

The woman, who received stab wounds to her shoulder, arm, and abdomen during the April 15 attack in Warsop, is adamant that she does not want the case to go further.

Having spent a week in hospital, where doctors saved her life, the 23-year-old has resorted to calling Jamaicans who have dared to comment on her case “time wasters”.

“It is my life, and Father God knows what I am doing,” she told The Gleaner on Wednesday.

Ralston, who previously said she was living like a slave while in a relationship with Bailey, retracted those declarations, claiming she was egged on by “people” to make those statements.

“They don’t like him. Everybody makes mistakes,” she argued.

Last week, clinical psychologist Georgia Rose called for mandatory therapy for the wounded woman, stating that it would be a travesty of justice if the accused were to walk away free.

“Before the request is granted, the judge should mandate Ralston gets therapy. And I don’t mean counselling. I mean sessions that help her to not only resolve the trauma associated with the violence against her, but also help her to explore the emotions around it and her feelings towards this individual,” Rose said.

From the outrage that Ralston spewed on Wednesday, it was apparent that early counselling had not changed her mind.

Ralston, who called Bailey her ex-boyfriend last week, said on Wednesday that he is her partner.

Dr Jennifer Stuart-Dixon, a psychotherapist, has saidthat battered women must admit that they need help before intervention begins.